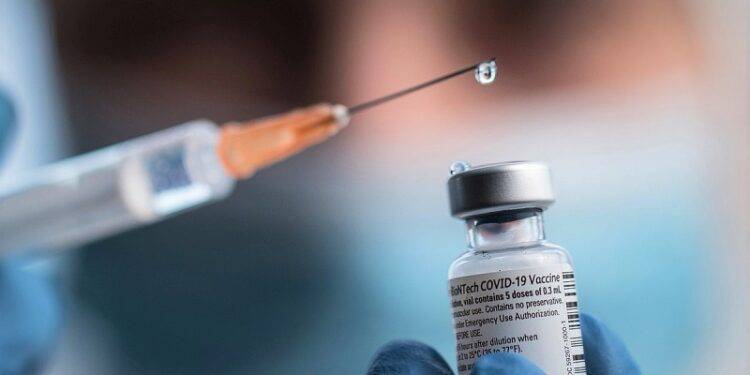 The AstraZeneca COVID-19 vaccine is associated with a small risk of rare blood clots after the first dose, and no extra risk after the second shot, according to a study led and funded by the British-Swedish drugmaker.

The research, published in The Lancet on Tuesday, shows that the rates of the very rare clotting disorder, thrombosis with thrombocytopenia syndrome (TTS), following a second dose of the vaccine are comparable to those among unvaccinated population. TTS is a very rare syndrome which occurs when a person has blood clots (thrombosis) as well as low platelet counts (thrombocytopenia).

It is also referred to as vaccine-induced immune thrombotic thrombocytopenia (VITT). Rare cases of TTS have been reported after immunisation with the AstraZeneca vaccine, known as Covishield in India, which led to several countries restricting or stopping the use of the preventive.

The authors demonstrated that the estimated rate of TTS following a second dose of AstraZeneca was 2.3 per million vaccinees, comparable to the rate observed in an unvaccinated population. The rate was 8.1 per million vaccinees after the first dose, they said. The analysis was conducted using AstraZeneca’s global safety database, which captures all spontaneously reported adverse events from real-world use of its medicines and vaccines worldwide.

Reported cases of TTS globally were included up to the cut-off date of April 30 this year occurring within 14 days of administration of the first or second dose of AstraZeneca vaccine. The results are in line with recent reports in the Medicines and Healthcare products Regulatory Agency (MHRA) Yellow Card Report, the UK system for collecting and monitoring information on safety concerns, which also show low rates of TTS after a second dose, AstraZeneca said.

“No specific risk factors or definitive cause for TTS following COVID-19 vaccination have been identified and AstraZeneca continues to perform and support ongoing investigations of potential mechanisms, the company said in a statement. Furthermore, these very rare events can be avoided when symptoms are identified and treated appropriately,” it said.