Covid-Negative Report A Must for Entering Bengaluru From April 1 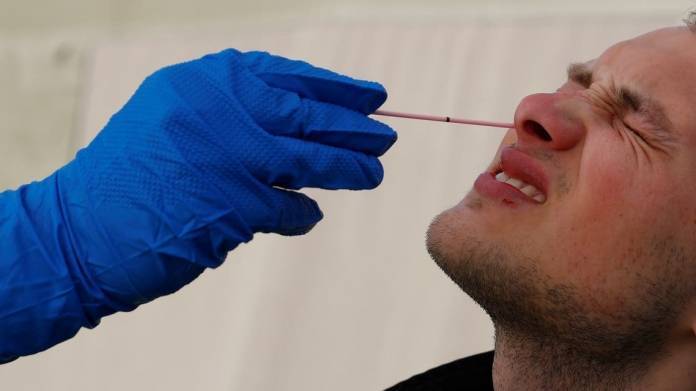 Bengaluru: Travellers who are coming to Bengaluru from outside Karnataka will have to show a negative RT-PCR certificate from April 1, announced Health Minister Dr K Sudhakar here on Thursday.

“Nearly 1,400 cases have been reported in Bengaluru (on Wednesday), which is the highest in the last 4 months. There is a spike in cases every day. It is increasingly found in passengers arriving in the city from other states,” he said.

“As of now, the restriction is for Maharashtra, Kerala, Punjab and Chandigarh. But now going forward, it is applicable to all states,” he added. To distinguish those exposed to the virus, it has been decided to hand-stamp the infected people, he added.

Dr Sudhakar said that the state government will not allow more than 200 people for social functions in closed premises. For open lawns, the limit is set at 500 guests. “Certain places, which have high footfall and dense public places, will be sanitized to control the spread.

Information regarding the availability of beds and ICUs will be made available online,” Dr Sudhakar said. The minister warned people of the state against the mutant version of the virus that spreads rapidly.