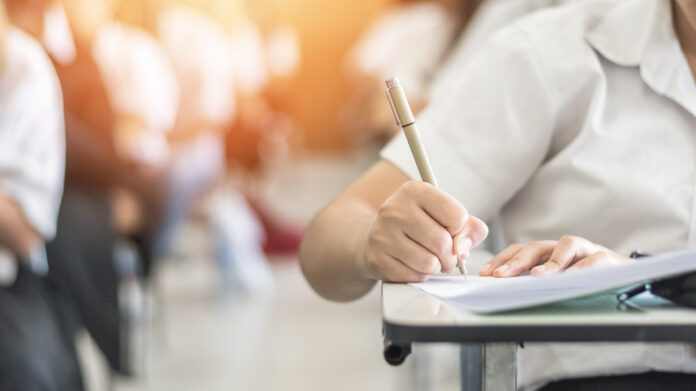 Bengaluru: A second PUC exam has been completed amid corona virus infection. The shocking information came out the day after the exam, and the corona confirmed for the student had written the test.

The student has written the test at the examination centre in the 4th block of Jayanagar, Bangalore. Along with the student, there are 14 other students in the room. The information is being collected by students who have written the test after the corona infection confirmed for one student.

A student who had been in contact with a corona virus infected people was admitted to home quarantine. But the Quarantine seal, which was in the hands of the student, wept and avoided the eyes of the authorities and attended the examination. Anxiety has begun in the wake of corona infection confirmed to the student.

The Minister of High and Primary Education Suresh Kumar has responded to the query. The student has received a Corona Positive and will review this. He said the student may not have any symptoms.