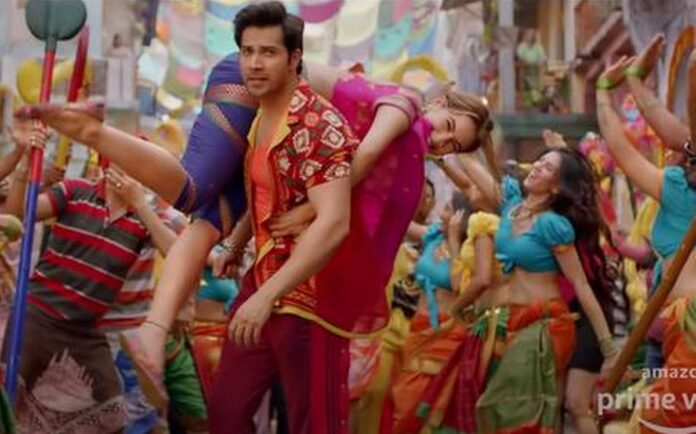 Mumbai: After a long wait, Varun Dhawan and Sara Ali Khan have unveiled the trailer for their upcoming movie ‘Coolie No 1’. They did so during a trailer launch, which Varun, Sara, and Paresh Rawal attended. For the uninformed, Paresh Rawal plays the third lead role  as Sara’s father in the film.

The trailer begins at a very confusing stage. Varun, who should be a “ coolie ”, is introduced as a billionaire, who speaks to ATM Ambani, Trump and Modi on a conference call.

Paresh Rawal describes him as “Richie Rich” and says he could even buy the “White House”. The song “Husn Hai Suhana” and “Main Toh Raste Se Jaa Raha Tha” is also part of the trailer. If the first hasn’t been reworked much, the second is, but that doesn’t turn out to be a headache.

The pun is also pretty common in the trailer, but there isn’t one. The best punch comes when Johnny Lever as a police inspector bursts into a dance in the middle of an interrogation. “Woh Coolie hai, Coolie hai, Coolie hai,” he said, making sure people were laughing while watching the trailer. Most of David Dhawan’s’ 90s films were about the father and boy his daughter loves to be constantly at war with, and “Coolie No 1” is no different.

Varun brings his elements to the trailer, but only for a few seconds. He’s constantly trying to be someone else, someone who looks more like Govinda’s role, but just seems overdone. “Coolie No 1” also stars Rajpal Yadav, Sahil Vaid and Javed Jaffrey in key roles.

The film marks David Dhawan and Vashu Bhagnani’s collaboration as director and producer like their 1995 film, starring Govinda and Karisma Kapoor in the lead roles. Varun star Dhawan-Sara Ali Khan is set to be released on Amazon Prime Video on Christmas Eve, which is December 25.

Kannada Actress Ragini Dwivedi, who was arrested for her alleged involvement in Sandalwood Drug Racket was granted bail by the Supreme Court. ...
Read more
FILM