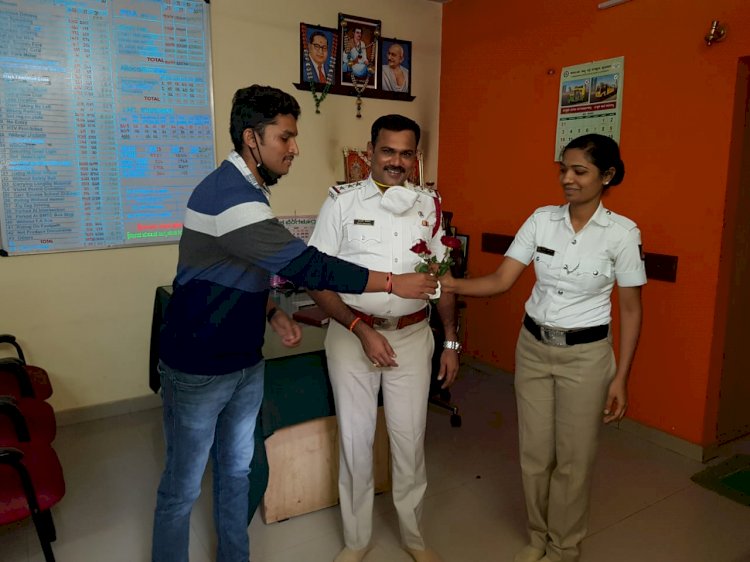 Yes, Police Inspector of Halasuru Traffic police station of Bengaluru has arranged marriage of male constable with a woman constable of the same station. They both agreed to the marriage by giving each other a rose.

All this is done by inspector of Halasuru traffic station Vijay Hadagali. Mohan Kumar and Ashwini, who had been on duty at the Ulsoor traffic station for many years, have decided to marry.

Thus, by offering a rose to each other, in the presence of all the police staff, they agreed for marriage. Celebrated this happiness by distributing sweets.