Congress will pay for rail travel of needy and migrants: Sonia Gandhi 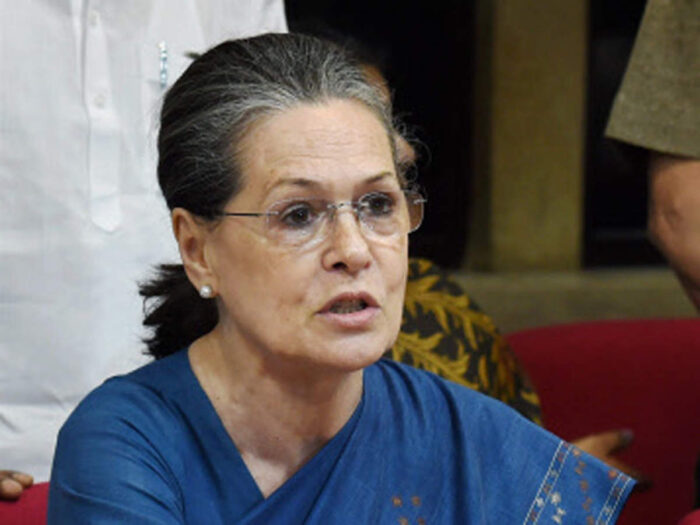 New Delhi: Congress president Sonia Gandhi on Monday said her party would take care of the rail travel cost of needy and migrants across the country as they return to their homes. Railways official stand has been that states have to take care of the travel costs. Congress has been raising the issue of migrants for over a month and highlighting the need to ensure their safe return to home states.

In a statement issued on Monday morning, Gandhi said the requests made to Prime Minister Narendra Modi in this regard have not been paid heed to. There needs to be provisions for the safe and free rail travel of migrant workers and labourers to their home-towns. However, despite our repeated demands, the Central Government and the Rail Ministry have chosen to completely ignore the same, Gandhi said in the statement adding the state units would take care of the expenses in service of our compatriots and to stand shoulder to shoulder in solidarity with them.

Several opposition party leaders, including Jharkhand chief minister Hemant Soren who leads Jharkhand Mukti Morcha (JMM) and Samajwadi Party (SP) chief Akhilesh Yadav, have criticized the union government over the weekend on the move. Railways is charging for sleeper class tickets, plus a super-fast charge of ₹30 and an additional charge of ₹20 for the Shramik Specials (migrants special). Guidelines issued by the Indian Railways said local state government shall handover the tickets for these passengers cleared by them and collect the ticket fare and hand over the total amount to railways. According to a senior official of Indian Railways, the cost is being borne by the states as per guidelines.

It is the prerogative of the state that is sending the migrants to decide whether they want to bear this cost or take it from passengers or take it from the receiving state after mutual consultation. As the Central Government barely gave a four-hour notice of the lockdown, workers and migrant labourers were denied the opportunity to return to their homes. Post the partition of 1947, this is the first time India witnessed a tragedy with such a massive human cost,” Gandhi said in her statement on Monday. But what is the responsibility of our Government? Even today, lakhs of workers and migrant labourers are languishing in different parts of the country and wish to return to their homes and families but there is neither adequate money nor provision for free transport, she said.

The union government has money for arranging travel of those stranded abroad for events but not for free rail travel in this scenario, she added. Senior Congress leaders said the ‘humble contribution’ of the party for the travel of migrants could have been inspired from party’s Karnataka unit. Karnataka Congress president DK Shivakumar said the state unit was giving a cheque of ₹1 crore to the transport department towards payment of the train fare. With growing criticism over the issue, Karnataka chief minister B S Yediyurappa directed the transport department to charge only single fare for ferrying the migrant labourers to their home and not to charge to and fro, as the state would bear its operational cost.

How to Reduce Cravings of Junk Food