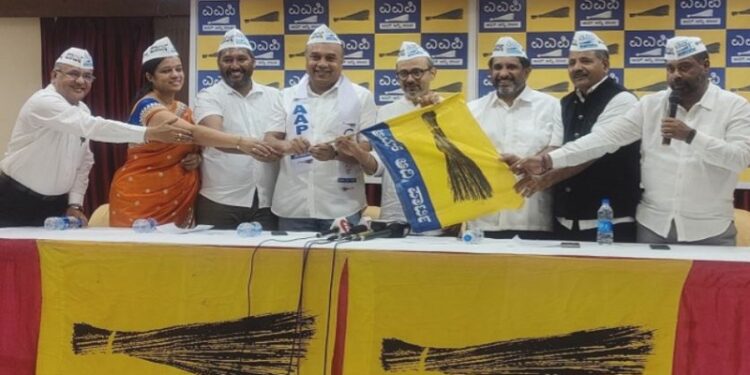 Appreciating the Arvind Kejriwal-led party’s government in Delhi for working for the welfare of the people, Kalappa on joining the party said, it is showing the country what quality governance is like. ”The AAP has the potential to counter the BJP’s misrule which lacks even the slightest concern for the common man.

The future of the country will be strengthened only if AAP wins and comes to power in various upcoming elections,” he said. AAP Brijesh Kalappa joined at a time when the party is preparing to make its presence felt in the state electorally, during the upcoming Bruhat Bengaluru Mahanagara Palike (BBMP) and next year’s state assembly polls.

Welcoming Kalappa to the party, AAP’s state president Prithvi Reddy said good leaders are being sidelined by parties like the BJP, Congress and JD(S), as they need leaders who loot people’s tax money in the form of commissions and not honest leaders.

”The leaders of those parties are always planning to sideline good people, people without money and muscle power. As a result, many good politicians are turning towards the Aam Aadmi Party. AAP’s truthfulness in politics and keeping up with promises is attracting good minds,” he added.