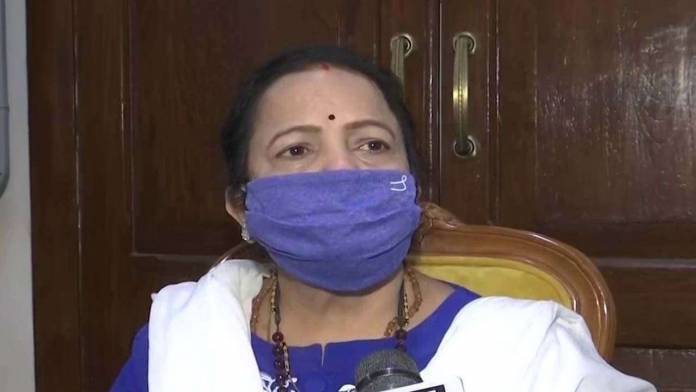 Mumbai: Almost 95% of Mumbaikars are adhering to coronavirus norms while the remaining 5% who are not following the curbs are causing problems to others, city civic body Mayor Kishori Pednekar said today. The BMC Mayor said, “I think a complete lockdown should be imposed looking at the current Covid-19 situation.”

This comes as 8,839 Covid-19 cases were reported in Mumbai on Friday. Meanwhile, as many as 63,729 new Covid-19 cases and 398 deaths were reported in Maharashtra in a span of 24 hours, taking the total active cases in the state to 6,38,034. In Mumbai, fines of over 24.89 lakhs have been collected from over 12,000 persons for spitting in public places over the last six months, the Brihanmumbai Municipal Corporation has informed.

India has a double mutant virus variant: As the country’s daily tally of Covid-19 infections surged by a record 200,000-plus cases for three consecutive days, public health experts worry that a new possibly more virulent coronavirus variant could be racing through the crowded nation of more than 1.3 billion people.

The new variant, which has a so-called double mutation, is thought to be fueling India’s deadlier new wave of infections that has made it the world’s second worst-hit country, surpassing Brazil, and has already begun to overwhelm its hospitals and crematoriums. The new variant, called B.1.617, was initially detected in India with two mutations — the E484Q and L452R. It was first reported late last year by a scientist in India and more details were presented before the WHO recently.

“This is a variant of interest we are following,” Maria Van Kerkhove, the World Health Organization’s technical lead officer on Covid-19, has said. “Having two of these mutations, which have been seen in other variants around the world, are concerning,” she said, adding that there was a similarity with mutations that increase transmission as well as reduce neutralisation, possibly stunting the ability of vaccines to curb them.