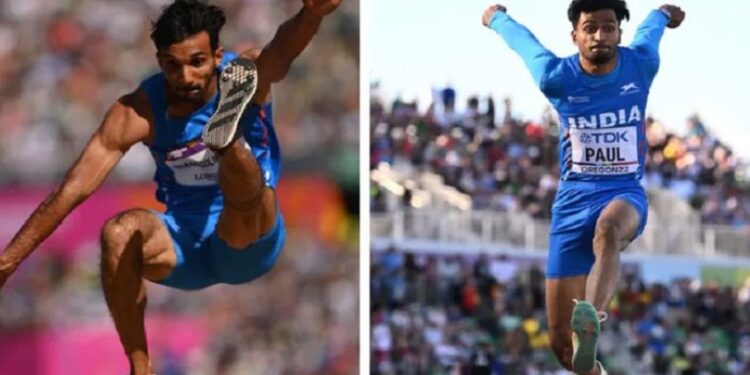 Indian athletes’ medal hunt continues in Commonwealth Games 2022. While Nitu Ganghas and Amit Panghal won the gold medal in Itta Boxing, the Indian women’s hockey team celebrated by winning the bronze medal after 16 years. The Indian women’s hockey team defeated the New Zealand team and won the bronze medal by scoring 2-1 goals in the penalty shootout. Another addition to this is the exceptional performance of both men in the triple jump.

Both gold and silver medals went to India in triple jump

Yes, this is a historic victory for India. Indian men have created history in triple jump. Eldos Paul brought India’s first gold medal in the Commonwealth Games. Kerala teammate Abdullah Abubakar won the silver by a margin of just 0.01 cm, while Praveen Chitravel missed out on the bronze medal.

While Annu Rani won an unprecedented bronze in the women’s javelin, Sandeep Kumar bagged a bronze medal in the 10,000m walk.

This is the first gold medal for triple jump

India has won four triple jump medals in the past editions but this is the first time two athletes from the country have secured podium finishes. Mohinder Singh Gill won bronze and silver in the 1970 and 1974 editions, while Renjit Maheshwari and Arpinder Singh finished third in the 2010 and 2014 editions. But it is special that these two athletes also won both gold and silver for India.

How was the exciting game of the two?

Gold medalist Eldos Paul became the first player to clear the 17m mark at the Commonwealth Games. And he cleared 17.03m in his third attempt. He won the gold medal by jumping.

Abubakar won silver in his fifth attempt with a jump of 17.02m. Bermuda’s Jah-Nhai Perinchif won bronze with a jump of 16.92m. Another Indian Praveen Chitravel finished fourth. They are 0.03 m. He missed out on the bronze medal in the gap. He eventually settled for fourth place with a best jump of 16.89 metres.