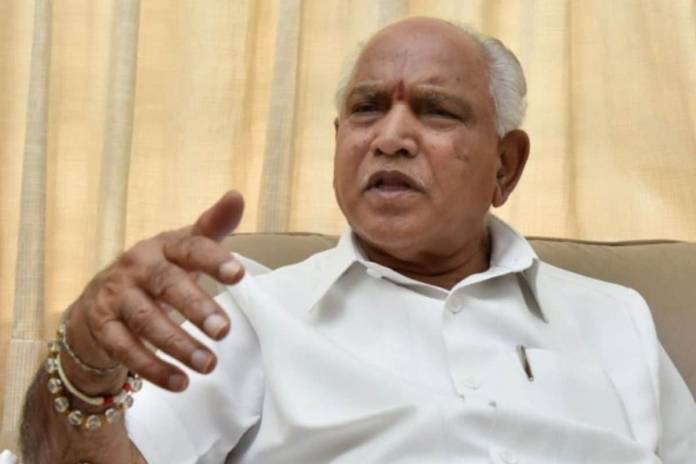 Bengaluru: CM Yediyurappa Breaking his silence for the first time over murmurs of leadership change in the state, Karnataka chief minister BS Yediyurappa on Sunday said he will resign from his post the day central leadership of the BJP asks him to.

This also comes a day after National General Secretary of the BJP CT Ravi insisted that Yediyurappa will complete his term in office. The strong and clear statement from the 78-year-old chief minister comes days after BJP Vice-President and his son BY Vijayendra met Party’s national president JP Nadda.

My stance is clear, “I will continue as the Chief Minister till the day Delhi high command has confidence in me. The day they tell me I have to quit, I will resign and involve myself entirely towards working for the welfare of the State.

They have given me a chance and I am trying to use it to the best of my abilities. Rest of it is left to the Central leadership” BS Yediyurappa said when asked about attempts to unseat him.

He even added that lack of alternatives, if he were to resign as Chief minister, would not be a problem. “There will always be an alternative in any State across the country. I don’t believe that in Karnataka there are no alternatives.

I will continue as Chief Minister till central leadership has trust in me,” Yediyurappa added, insisting that he will not comment on public attacks against him by the likes of minister CP Yogeshwara or quiet attempts to unseat him by a few MLAs of the party.