by Anil Gundmi
in CRIME, LATEST NEWS
A A 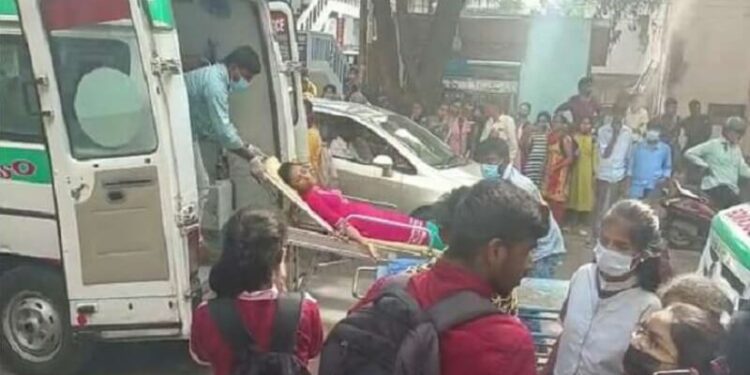 The affected students have been admitted in a hospital. Forensic teams have reached the spot to ascertain which gas got leaked.

Liaquat Ali said he met his wife Shumaila during daily morning walks in Lahore. The love affair began when one-day Liaquat started humming a song while jogging behind Shumaila.”One doesn’t see age in love. It just happens,” said Shumaila. When asked if her parents had any objection to their marriage, the 19-year-old said: “My parents objected for a while but we were able to convince them.”

“People shouldn’t comment on people who marry with vast age differences. They should be respected for their decision. It’s their life, they can live it the way they want,” she added. Liaquat said he is very young at heart despite being 70. “Age is not a factor when it comes to romance,” he said.

The 70-year-old said he is so happy with his wife’s cooking that he has left eating in restaurants. When Syed asked if people with vast age differences should marry or not, Liaquat said: “There is no question about someone being old or young. Anyone who is legally allowed to marry can marry.”