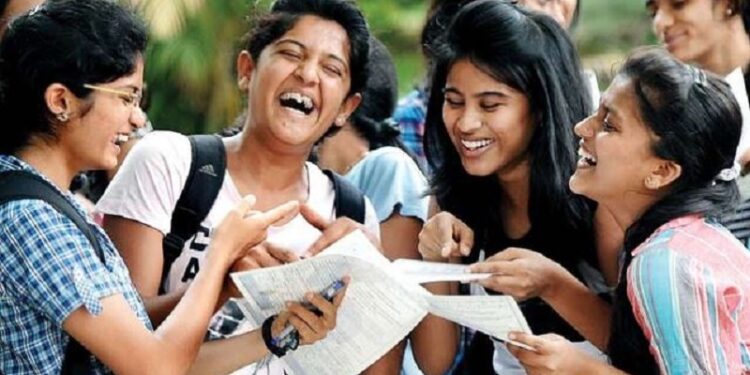 The high court said there are glaring lapses and a lackadaisical approach adopted by the board and this tantamounts to changing the rules of race after the race has ended and as such is outrageously arbitrary. The high court said there was nothing on record to suggest that any such order had been passed by the Chairperson/competent authority of CBSE accepting, enforcing, and notifying the recommendation regarding the new weightage formula.

Accordingly, merely on the basis of the recommendation of the committee, the competent authority decided to prepare the final result for Class X and Class X by giving the weightage to Term-I at 30 per cent (for theory papers) and Term-II at 70 per cent (for theory papers). In a matter of hours, the result of lakhs of students was prepared and published the very next day, that is, on July 22, 2022, Justice Chandra Dhari Singh said.

The high court, in its judgement, said the factum of the recommendation and its acceptance was kept a secret from the public and students at large, until the fag end and the students were informed about it only on the day the results were declared. This clearly shows the arbitrariness and lapse on the part of the board to keep the students in the dark about the weightage formula adopted for the preparation of the final result.

This tantamounts to changing the rules of race after the race has ended and as such are outrageously arbitrary, the judge said. The court’s judgement came while deciding a plea by a student, who assailed her class 12th result declared by the board and sought to declare her result in terms of the July 2021 circular which mandated equal weightage of the theory papers for Term 1 and Term 2.

The court allowed the prayer directing the board to declare the result of the petitioner in terms of the July 2021 circular, providing for the Special Scheme of Assessment which mandates equal weightage to theory papers for Term-I and Term-II while computing the result. CBSE is accordingly directed to calculate and declare the result of the petitioner as per the formula as declared in the original scheme dated July 5, 2021.

The revised result/ mark sheet thus prepared shall be uploaded, as expeditiously as possible, preferably within two working days from the date of this judgement, on the DigiLocker for ensuring access to the petitioner, it said. The court said it was not interfering with the revised weightage formula in the larger interest of students as in the academic session 2021-22, around 14 lakhs students appeared for the CBSE Class-XII board examinations, whose results have been prepared and declared in accordance with revised weightage formula.

As goes the popular saying ‘Justice should not only be done but also seen to be done… Therefore, in the greater interest of the students at large and to ensure that justice does not in itself become an agent of chaos, as well as in light of the fact that the petitioner has not pressed its prayer for setting aside the impugned circular of revised weightage formula, this court is not interfering with the revised scheme of weightage of Term-I and Term-II exams dated July 23, 2022.

It is also made clear that the petition has been partly allowed in the peculiar facts and circumstances of the case and shall not operate as a precedent, it said. The high court held that by its conduct and representations in public by way of circulars, the CBSE has violated the legitimate expectation of the students, including the petitioner. All of this does not paint a glossy picture and this state of affairs at the CBSE is nothing but worrisome , the high court said, adding that manifest arbitrariness at such a large scale cannot be allowed to go on unfettered.