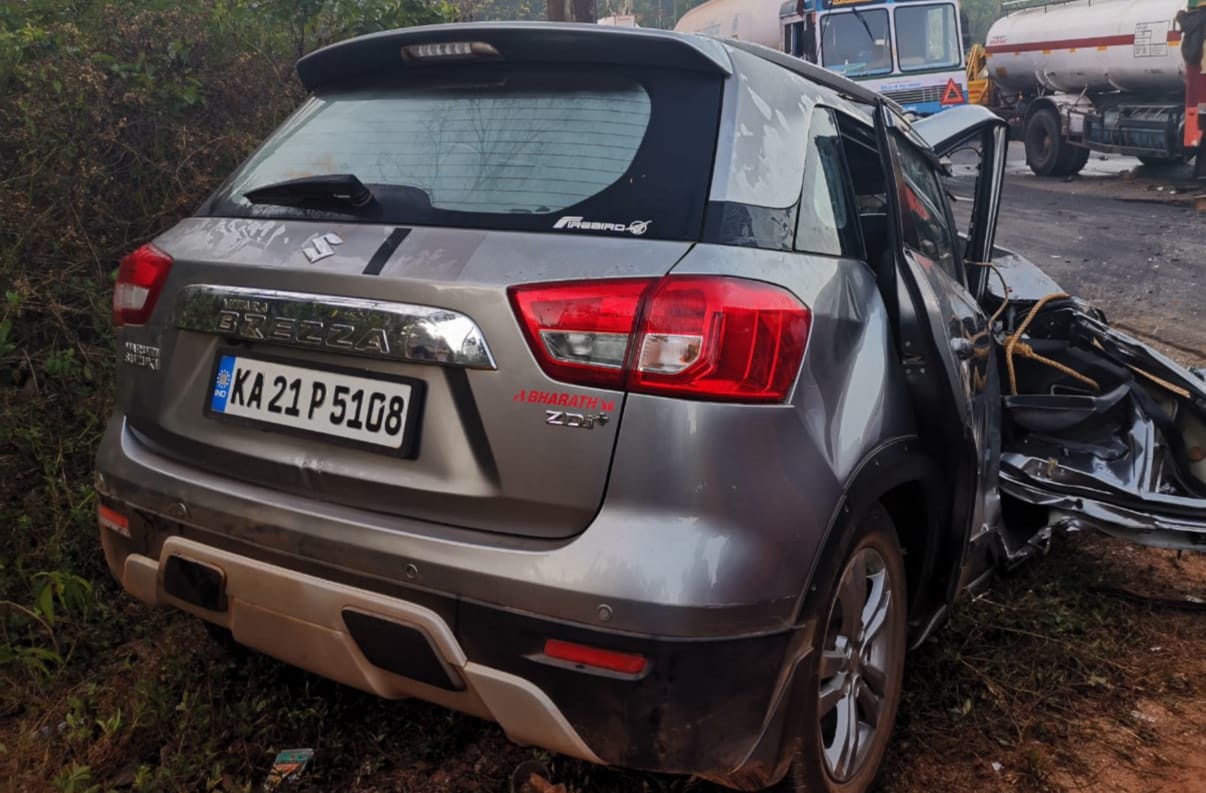 Puttur: Lecturer and a person died on the spot after collision between car and tanker, and other student was seriously injured took place at Bedrody near Uppinangadi in Dakshina Kannada district. Identified as Jaini Shaji (30) and Jison (40). Jaini Shaji served as lecturer, says Jason was trained to be a clergyman. The car collided with a collision, two of which died on the spot, The deceased were brother and a sister, who was traveling in her car towards Uppinangadi. This time, a high speed tanker on National Highway 75 collided with a car. Sharwin Shaji, a student in the car, was seriously injured and has been hospitalized. The Puthoor traffic police have visited the scene and inspected it.

INDIA VS BANGLADESH:WILL INDIA LIFT THE TROPHY FOR THE FIFTH TIME?