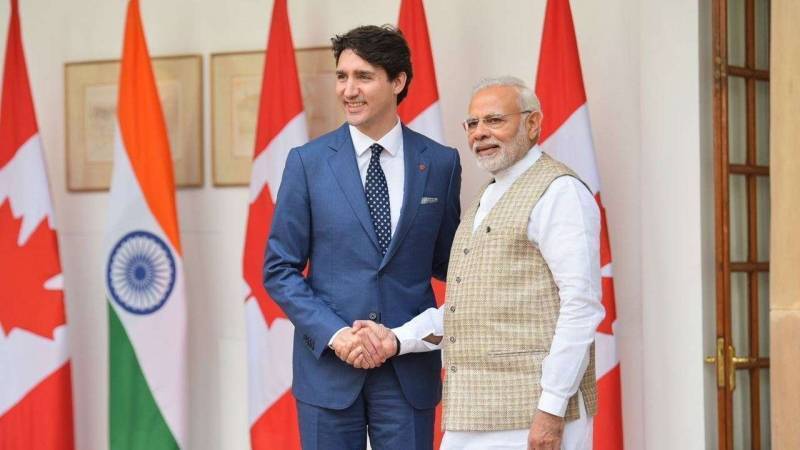 New Delhi: Canada will provide 10 million dollars (₹60 crore) to India to support the country in its fight against the unprecedented second wave of the COVID-19 pandemic, Prime Minister Justin Trudeau has announced.

Addressing a press conference, Prime Minister Trudeau said that Minister of Foreign Affairs Marc Garneau had direct conversations with his Indian counterpart S Jaishankar about how Canada can best help, including the donation of extra medical supplies. “We are also ready to provide 10 million dollars through the Canadian Red Cross to the Indian Red Cross,” the Canadian Prime Minister said.

“This will support everything from ambulant services to buying more Personal Protective Equipment locally,” he said. “If you want to donate to the emergency efforts on the ground, go to redcross.ca As a world, we are in this fight together,” Prime Minister Trudeau said. About the talks between the Foreign Affairs Ministers of both the countries, he said: “We are there to support in any ways we can, and those conversations are very much ongoing.”

“It’s something that Canadians are extremely concerned about as we see the terrible and tragic images coming out of India,” he said. “We know that we need to be there for our friends. And indeed, we need to be there for everyone around the world because we don’t get through this pandemic anywhere until we get through it everywhere,” Mr Trudeau said.

Earlier, Foreign Affairs Minister Garneau said on Twitter that he spoke to his Indian counterpart S Jaishankar about the COVID-19 situation in the country and conveyed Canada’s solidarity with the people of India.

“This morning, I spoke with @DrSJaishankar to convey Canada’s solidarity with the people of India as they face this deadly wave of #Covid19. Canada is exploring all options to support India’s urgent needs. We are ready to assist,” he said in a tweet.