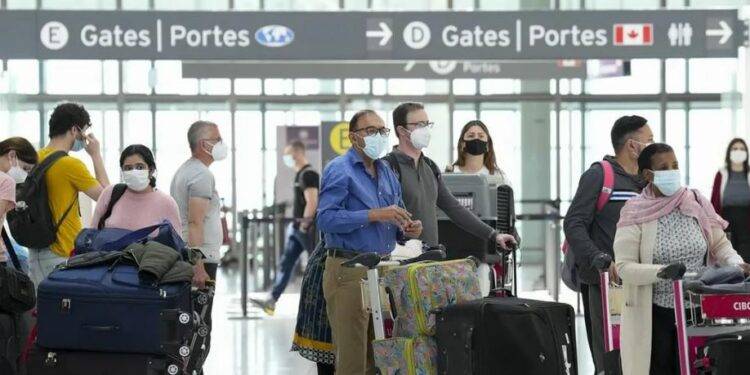 The covid vaccination certificate will not be mandatory for people visiting Canada from September 30. As per reports, the Canadian government is dropping its requirement for people entering the country to have a Covid-19 vaccine. Canada Covid vaccine entry rule change for foreign traveller.

Prime Minister Justin Trudeau has signed off on Covid vaccine entry rule Canada dropping the vaccine requirement for people entering the country at the end of September, the Associated Press noted. Canada, like the United States, requires foreign traveller to be vaccinated when entering the country. No change in the mandate is expected in the US in the near term.

At present unvaccinated foreign travellers who are allowed to enter Canada are subject to mandatory arrival tests and a 14-day quarantine. An official told AP news agency that Canada’s Prime Minister has agreed to let a cabinet order enforcing mandatory Covid-19 vaccination requirements at the border expire on September 30.

The official said earlier this week the prime minister needs to give a final sign-off. The official spoke on condition of anonymity as they were not authorized to speak publicly on the matter. Trudeau’s Liberal government is still deciding whether to maintain the requirement for passengers to wear face masks on trains and airplanes.

Back in February, Canada’s capital Ottawa was gridlocked by weeks of protest by truck drivers, angry at new Covid-19 legislation that required people crossing the busy US-Canada border to be fully vaccinated. The country’s transport ministry had announced in January, “essential service providers, including truck drivers” who were previously exempt from compulsory vaccines, would have to be vaccinated in order to leave the country.

Angered by the government’s decision, a coalition of trucker associations and Conservative groups organised a cross-country drive from the west of Canada to the capital. The freedom Convoy saw thousands of trucks travel 3,100 miles to Ottawa, Ontario from January 28 onwards. The US requires all entrants to be vaccinated, and it is not known if the requirement will be lifted at the same time as Canada’s.