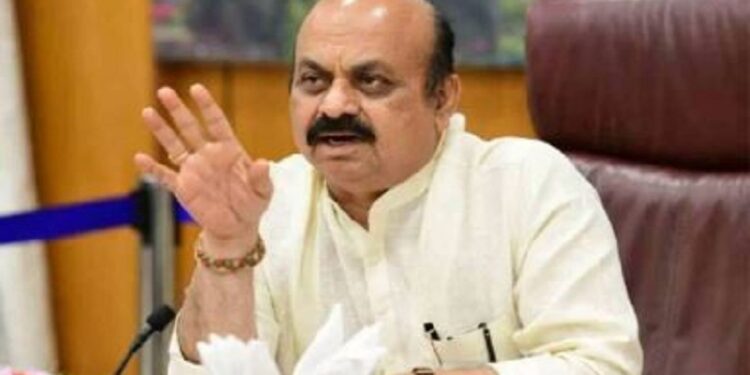 Bengaluru: Karnataka Chief Minister Basavaraj Bommai on Tuesday indicated that the expansion of his Cabinet is likely after Gujarat Assembly polls. Ministerial aspirants in the state BJP are eager for cabinet expansion. The cabinet expansion was being postponed for the past few months. Now Chief Minister Basavaraj Bommai has said in Shivamogga that the Cabinet will be expanded after the Gujarat Assembly Election.

Gujarat will go to polls in two phases on December 1 and 5, with the counting of votes on December 8.”Cabinet expansion…I have already spoken…..our leadership is a bit busy with the Gujarat elections, as soon as it is over they will call me (for discussions),” Bommai said in response to a question.

The Chief Minister had recently said that he will soon be travelling to New Delhi to meet BJP central leadership to discuss the exercise.Speaking to the media in Shimoga about this, he said that the cabinet will be expanded in the state after the Gujarat assembly elections. Since the formation of the government led by CM Bommai, there has been no cabinet expansion or reorganization even once.

Although some efforts were made in this regard, the cabinet surgery issue fell to the fore as the expected response was not received from the superiors. Now it has got green signal. There is a list of aspirants to get a seat in the Bommai government cabinet.

Surprise candidate from BJP against Siddaramaiah: B Sriramulu Explosive statement