Bumper gift for migrant workers from central govt: An additional Rs 40,000 crore for the Narega project. 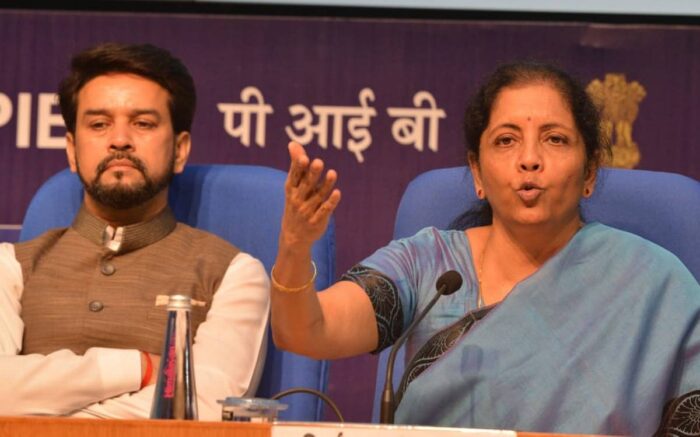 Free grains will be distributed for the next 2 months to the poor in distress from the lock down. It is our duty to satisfy the hunger of the poor. After the lock down was announced, cereals and pulses were distributed free of charge. Supplying large quantities of food was a challenging task. State governments are already responsible for providing food supplies to the poor.

Under the Kisan Sammana scheme, Rs 19,397 crore will be distributed to 8.19 crore farmers in the country.But due to technical reasons direct cash transfers are not possible. 10,025 crores have already been credited to Janadhan accounts of 20 crore women. 3,950 crore has been transferred to 2.2 crore building workers.He also said that 6.81 crore gas cylinders have been distributed free of cost to the poor in the country.

About 85% of trains are funded by the central government and free meals are distributed to trains. Lock down has since become a life-threatening condition. Businesses are facing a stressful situation. Steps are being taken to create an education, business and industry friendly environment. 15,000 crore to the health sector and Rs 4,113 crore to the states. He said Rs 550 crore was spent on the purchase of PPE kit and mask.