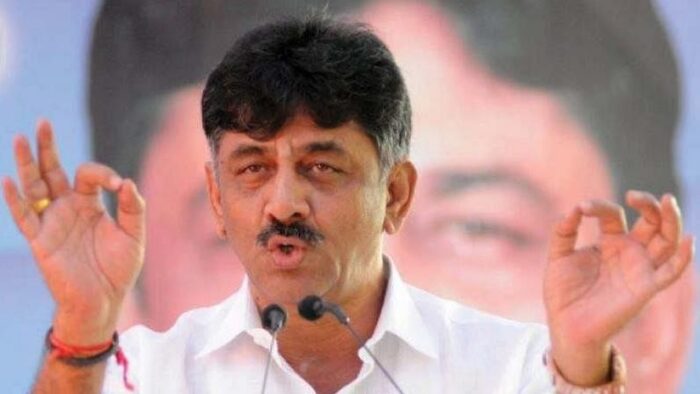 Bengaluru: Lashing out at Chief Minister BS Yediyurappa-led government over the handling of coronavirus crisis, Karnataka Congress chief DK Shivakumar on Thursday demanded Governor’s rule in the state. He also took a dig at Health Minister B Sriramulu’s “Only God can save us” remark.

“I heard the statement of Sriramulu and Sudhakar. They have said that they cannot manage this (coronavirus crisis) and they leave it to God who can save Karnataka. If such is the case, they could not solve the problems of the people of Karnataka. It is time now they must resign and let the Governor’s rule come into force. The time has come for all of them to step down,” Mr Shivakumar told in twitter.

Taking to Twitter, Mr Sriramulu said that the KPCC president misinterpreted his statement. He said that Opposition allegations of negligence and incapability of the government and irresponsibility of ministers are “far from the truth”.

The minister said that people should be made aware of the prevention of coronavirus as it plays a very important role in the prevention of infection. “Here are the cautioning words, ”If you stumble, only God has to save us.” The government, our Chief Minister BS Yediyurappa and ministers are working day and night. We are working for the people, to effectively face this century’s challenge,” he tweeted.