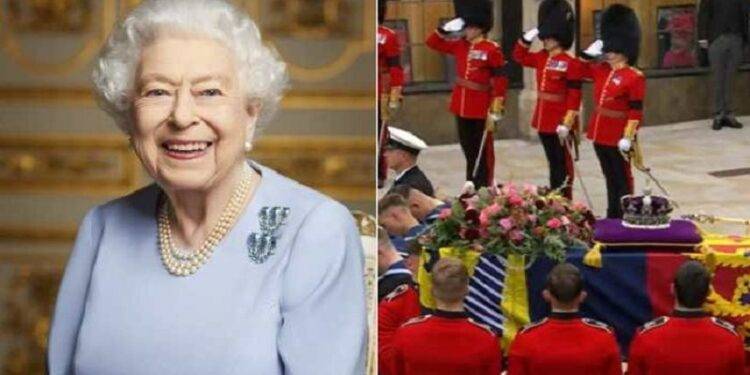 One of the most important events in the world, the funeral British Queen Elizabeth (Queen Elizabeth’s Funeral) will be held today (September 19). Various religious and royal rituals will be performed for a duration of about 4 hours. This is the first time since 1965 that a dignitary is being cremated with state honors in Britain.

Prime Minister Winston Churchill, who led the British Empire during World War II, was cremated in 1965. A similar atmosphere was created in Britain at that time.

After the death of Queen Elizabeth, Britain was in mourning. Britain’s 11-day national mourning will end today with the cremation of the Queen’s body. Although a private phenomenon for the royal family, it is big news globally.

The leaders of almost all the major countries of the world will pay their last respects to the late Queen Elizabeth during the funeral. Britain’s royal family, politicians, military officers, judges and charity officials will attend the funeral.

The funeral will be broadcast live in 125 cinemas across Britain. Funerals can be viewed by the public in major parks, circles and cathedrals. Huge electric screens have been installed for this.

Elizabeth’s body was carried to the funeral in the same gun carriage used for Queen Victoria’s funeral. Hundreds of millions of people around the world will watch the ceremony, which will be held at Westminster Abbey. 142 Sailors pull a gun carriage carrying a coffin.

Warriors belonging to the Royal Navy and Royal Marine units will stand in a row on the path where the hearse will pass. The procession will pass through Parliament Square where members of the Navy, Army and Air Force will provide a Guard of Honour. On this occasion the band of Royal Marines plays songs

The funeral procession will be led by the Scottish and Irish Regiments. The 200-strong Gurkha Brigade and Royal Air Force Band personnel will also march with the casket. Britain’s King Charles and other members of the royal family will walk with the coffin.

Thousands of dignitaries from Britain and different parts of the world have come for the funeral, which has challenged the British police. More than 2,000 officers from across England have been called in to assist Scotland Yard (London Police).

Leaders of the European Union, France, Japan, India and many other countries will attend the funeral. The leaders of Russia, Afghanistan, Myanmar, Syria and North Korea have not been invited

After the initial funeral rites (service), the Queen’s coffin is carried by the Royal Hears to Windsor Castle in west London for the committal services. The Queen’s body will then be buried in a cemetery dedicated to the royal family. Elizabeth will also be laid to rest near the graves of her late husband Prince Philip, parents and sisters.

Queen Elizabeth was 70 years and 214 days old. She also became the first British Queen to celebrate a platinum jubilee. He died at the age of 96.