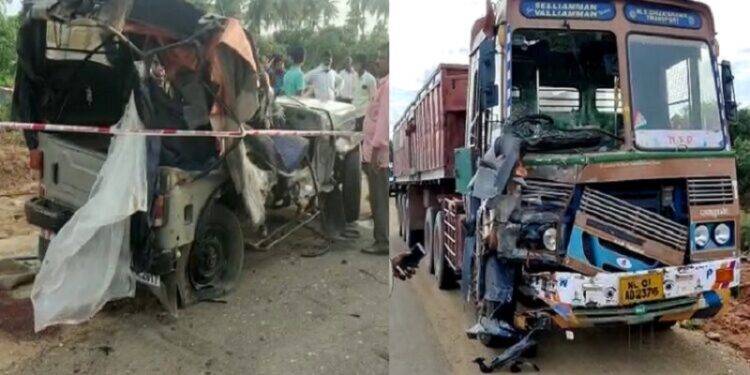 Chikkaballapur: Eight people were killed and 11 others were seriously injured in a fatal accident between a lorry and a passenger jeep in Marinayakanahalli, Chintamani taluk of Chikkaballapur district, News Next kannada Reported.

Six people were killed and 11 others were seriously injured. The remaining three are being treated at the Chintamani Government Hospital. A total of 17 people including two children, 6 women and 9 men were traveling in the jeep. Going to take the lorry over.

Extremely heavy rains likely in these states for next two days, says IMD