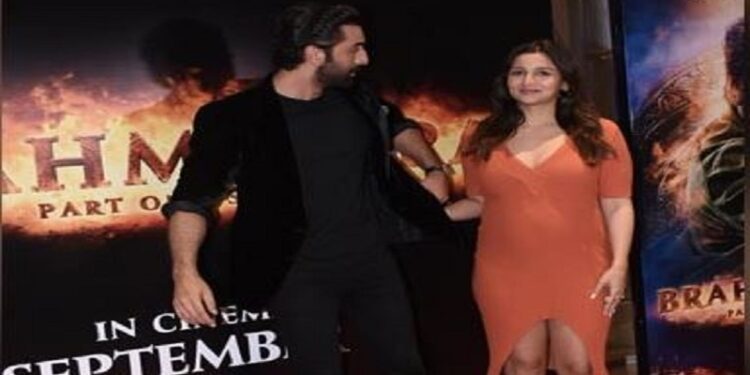 The relentless action that explodes on the screen accompanied by blinding fireworks and a high-decibel background score is a key part of the nearly three-hour-long Brahmastra Part One: Shiva. It isn’t the pyrotechnics, however, that define the film that kicks off Bollywood’s first proposed superhero trilogy. Its sweep, scale, style and swathes of originality do. Brahmastra: Boycott calls against Bollywood continues.

The boycott calls against Bollywood on social media has continued with each new Hindi film release and the scenario for the movie Brahmastra, a fantasy adventure film starring Ranbir Kapoor and Alia Bhatt has been no different. Some film trade analysts note that the boycott calls against the new release has been more aggressive than that for Aamir Khan’s Laal Singh Chaddha or Akshay Kumar’s Raksha Bandhan that released during the long Independence Day holiday.

Both these films had seen weak performance at the box office. Abneesh Roy, Executive Director, Edelweiss Securities had pointed out that one reason for poor advance booking for Laal Singh Chaddha, one of the biggest releases of 2022 was the social media backlash and boycott calls the film faced. “The conversation and word of mouth generated around a film has a significant role to play in whether people decide to watch a film or not.

Real-life couple Ranbir Kapoor and Alia Bhatt, in their first on-screen pairing, look deep into each other’s eyes, but they are stymied by Hussain Dalal’s groan-worthy dialogue. Every time Shiva and Isha – or any other character for that matter open their mouths, the earnest attempt to create an Indian version of the Marvel Cinematic Universe elicits unintended sniggers.

Helmed by Ayan Mukerji, the film also stars Amitabh Bachchan, Nagarjuna and Mouni Roy in the lead. Ayan, Ranbir and Alia have been busy promoting Brahmastra, on last Tuesday. Sharing a picture from his visit to Ujjain’s Mahakaleshwar Temple, Ayan Mukerji wrote, “Feel very happy and energised to have visited Mahakaleshwar Temple today… Got the most beautiful darshan… Wanted to make this visit to close the film-making journey on Brahmastra, and to get all the positive energy and blessings for our Release”