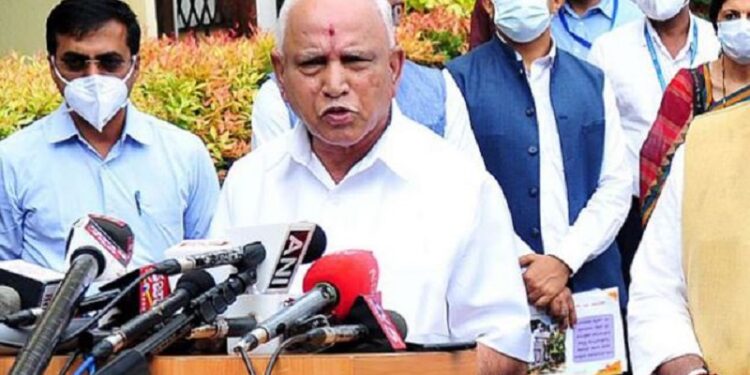 The Bharatiya Janata Party (BJP) has dropped the names of Madhya Pradesh Chief Minister Shivraj Singh Chouhan and Union Minister Nitin Gadkari out of the Parliamentary board. BJP Parliamentary Board: BS Yediyurappa In, Nitin Gadkari out. Instead, the saffron party has added BS Yediyurappa, Union Minister of Ports, Shipping, and Waterways Sarbananda Sonowal, and K Laxman to the board.

Union Minister Nitin Gadkari has been dropped from the Bharatiya Janata Party highest decision-making body in an organisational revamp in which leaders like Devendra Fadnavis and BS Yediyurappa have scored after recent setbacks. Mr Yediyurappa was forced to resign as Chief Minister last year over allegations of corruption. At 77, he is way past the party’s unwritten age bar of 75. Sources say the influential politician has been unhappy for some time and the party wanted to pacify him.

The party has also added three other new faces to the BJP’s apex organisational body an attempt by the party to make the parliamentary board more socially and regionally representative. The BJP’s Parliamentary board is headed by the party’s national president JP Nadda. The other members include Prime Minister Narendra Modi, Defence Minister Rajnath Singh and Union Home Minister Amit Shah, Iqbal Singh Lalpura, Sudha Yadav, Satyanarayan Jatiya, and BL Santosh.

Lalpura will be the first Sikh to have a seat in the board as a person from a minority community. A total of 11 members form the Parliamentary board of BJP. Besides, BJP also rejigged its Central Election Committee and included former Maharashtra chief minister Devendra Fadnavis, Union Minister Bhupender Yadav, Om Mathur, and its women wing Chief Vanathi Srinivasan.

Former Karnataka Chief Minister BS Yediyurappa has been included in the party’s rejigged parliamentary board, which now has four new faces. The parliamentary board is the top body in the BJP and decides on chief ministers, state chiefs and other key roles.