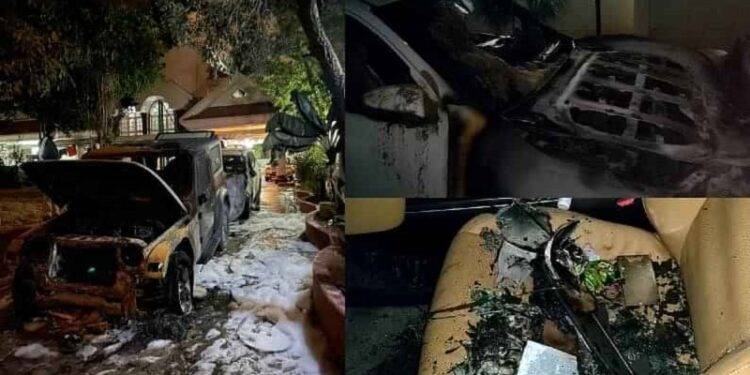 Both cars are expensive, and so far there is no clue who’s on fire. Is it set on fire for political hatred? Are there any personal reasons? It is necessary to know from the investigation. Satish Reddy informed the police after the incident and additional police commissioner Murugan visited the site and inspected it. While the front of the white car was completely burned, another Jeep-like vehicle was almost burned.

The incident took place overnight and was checked by police upon arrival. Four bastards committed the act at 1.30pm. As the legislator Satish Reddy has said that the car was set on fire, the four people who are the underdogs are the current question.

Southeast Division DCP Srinath Joshi, who was responding to a case of setting fire to cars near the residence of MLA Satish Reddy, said the cars were on fire around 1 pm. Who said the fire should be recovered from the investigation.