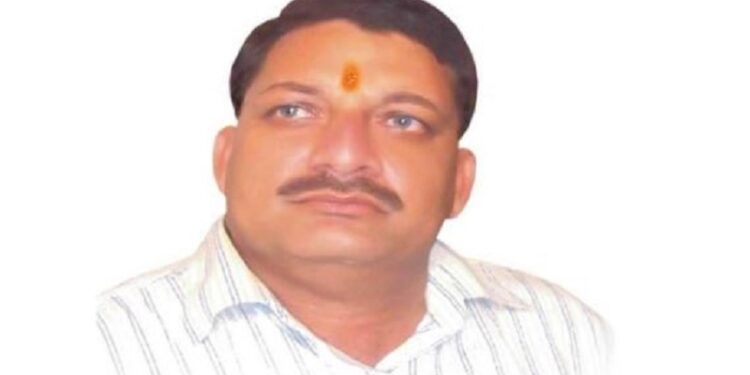 Bhartiya Janta Party (BJP) leader Arvind Giri, who has been an MLA in Uttar Pradesh for multiple terms, has died of a heart attack today, September 6. BJP MLA Arvind Giri dies of heart attack. He was a prominent leader in the state, and his death was condoled by UP Chief Minister Yogi Adityanath. According to reports, Giri was taken to the hospital after experiencing discomfort.

The Bhartiya Janta Party (BJP) leader died on the way near Sitapur while being taken for treatment to Lucknow. Chief Minister Yogi Adityanath on Tuesday condoled the demise of the BJP Uttar Pradesh MLA. “The demise of BJP MLA from Gola assembly constituency of Lakhimpur Kheri district Arvind Giri ji is unfortunate.

My condolences are with the bereaved families. May Lord Shri Ram grant the departed soul a place at his feet and strength to the bereaved family members to bear this unfathomable loss. Om Shanti.” Arvind Giri was a prominent face of the BJP in Uttar Pradesh and had been a crucial part of state politics for many years.

He was a five-term MLA from the Gola Gokrannath assembly constituency in the Lakhimpur Kheri district. Giri was 65 years old and had held his title as an MLA for more than two decades. He started his profession in the agriculture sector after graduating from the Christian College in Lucknow in 1985, after which he started his political career.

Though he was a strong candidate for BJP for many years, Arvind Giri also had several criminal charges attached to him. According to media reports, Giri had six criminal cases filed against him during his political career.