BJP May Get Majority in Kerala or Enough Seats to Become Kingmaker, Says E Sreedharan 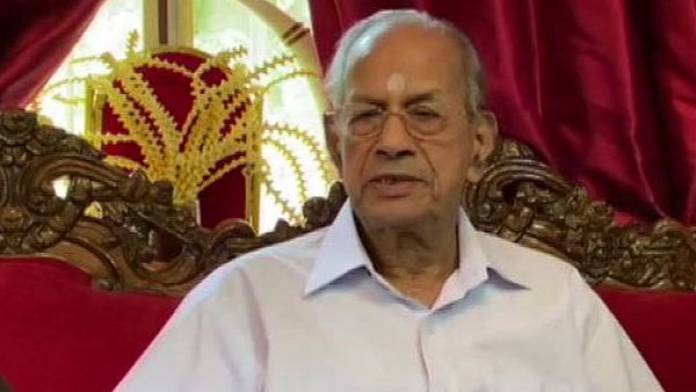 Kerala: Metroman E Sreedharan is confident of turning around the Bharatiya Janata Party’s fortune in Kerala, predicting that “either the party will have a full majority or enough numbers of seats to evolve as a kingmaker in the state”.

During his campaign trail for Kerala Assembly polls, Sreedharan expressed confidence that he is going to win the Palakkad assembly constituency. “I think the BJP has very good prospects of winning seats in Kerala. It may be an absolute majority or even it could have accessible number by which they will be the kingmaker,” Sreedharan said.

Sreedharan, who was part of Home Minister Amit Shah’s roadshow in Malampuzha in Palakkad, called the event spectacular, adding that thousands of enthusiastic people turned up for it. “I think this will have a tremendous effect on the morale of people who were let off by the Left Democratic Front (LDF) and the United Democratic Front (UDF) governments.

People will vote for the BJP,” he said. Often called the ‘Metroman’, Sreedharan underscored that working as a technocrat is different from working as a politician and added that if he gets elected, he will be very useful for the state.

He further said that he will work to bring industries to Kerala. “There are hardly any industries in Kerala today. Only industries can bring wealth to the state. Job creation is necessary as Kerala has the most unemployed youths. I will try to raise the standard of the education system. I will work to bring a transparent, efficient and corruption-free government,” Sreedharan said responding to question about his role if National Democratic Alliance (NDA) is voted to power.