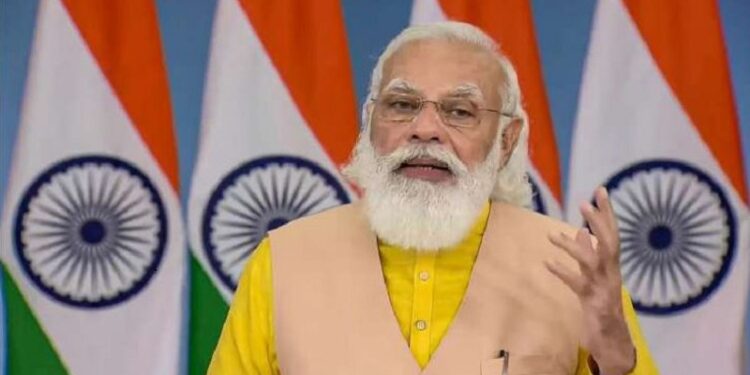 BJP National General Secretary Arun Singh has written a letter to all party workers about the programmes. Seva Pakhwara is celebrated from September 17 to October 2, the father of the nation, Mahatma Gandhi Jayanti. During this period, the party organizes district-level demonstrations about Prime Minister Narendra Modi. BJP has decided to celebrate Modi’s birthday as Seva Pakhwara from September 17 to October 2.

Along with this, the party is strategizing for the promotion of the book “Modi @20 Sapne Huay Sakar”. Blood donation camp and free check-up camp, distribution of artificial limbs and equipment will be arranged. The party runs a year-long program to make the country Tuberculosis (TB) free, under which everyone adopts a TB patient and takes care of them for a year.

As part of Seva Pakhwara, the BJP will run a campaign to promote the Covid-19 booster dose.

Among the programs organized for Prime Minister Modi’s birthday celebrations are a tree planting campaign and several cleanliness campaigns. JP Nadda has instructed all the leaders and workers to upload photos of programs on Namo app.

As part of the celebration, he directed to promote programs related to unity in diversity and ‘Ek Bharat Shrestha Bharat’. A special program was organized on the occasion of the birth anniversary of Bharatiya Jana Sangh leader Pandit Deenadayal Upadhyay on 25th September. Nadda instructed to organize various programs related to Upadhyay and conduct discussions on his personality.

BJP president has suggested to hold a special program on Mahatma Gandhi’s birthday. Under this, it is said to discuss the use of “khadi” and the principles of the nation.

Last year, the BJP aimed to make Modi’s birthday historic by setting a record for maximum number of Covid vaccine injections on his birthday. With more than 2.50 crore Covid-19 vaccine doses administered, India created a world record for the highest number of Covid vaccine doses administered in a single day on the occasion of Prime Minister Narendra Modi’s 71st birthday last year.