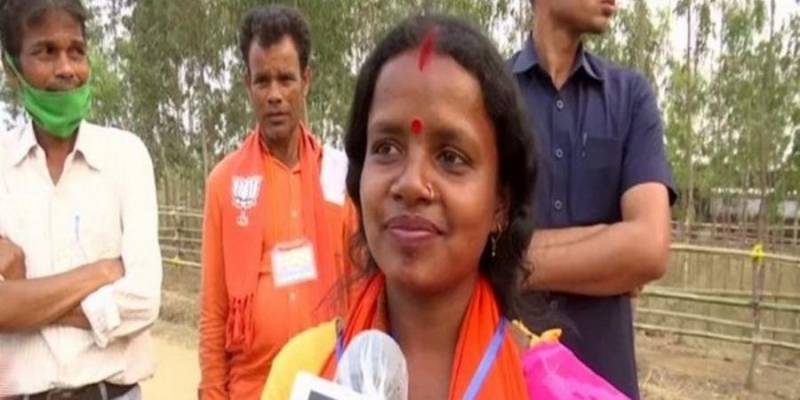 Congratulatory tweets are pouring in for BJP’s Chandana Bauri, the wife of a daily wage earner, who has won from the Saltora constituency in West Bengal. Chandana Bauri, 30, defeated Sontosh Kumar Mondal of Trinamool Congress by a margin of more than 4,000 votes.

The win as many pointed out on Twitter – was made more inspiring by her humble beginnings.  According to her election affidavit, Ms Bauri, a mother of three, owns assets worth just ₹ 31,985, while her husband’s assets amount to ₹ 30,311. Ms Bauri’s husband is a daily wager who works as a mason. The couple owns three goats and three cows.

“Before the tickets were announced I had no idea that I would be selected as a candidate in the legislative assembly polls. Many people encouraged me to apply for a nomination online, but I did not think I would be able to achieve this feat,” she had told in March.