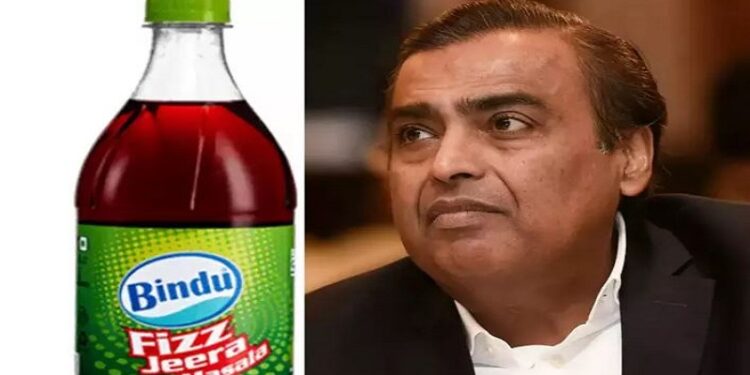 Megha Fruit Processing Private Limited, the famous ‘Bindu’ brand known throughout South India, has no intention of selling the parent company S.G. Satyashankar, Managing Director of Corporates clarified. He gave this response in the wake of reports that after the purchase of ‘Campa Cola’, Reliance group is planning to buy many brands including Bindu. ‘Bindu Jeera’ Is Not Sold: Dakshina Kannada Company Rejected Mukesh Ambani Offer.

Several multinational companies including Reliance Group, Wipro, Coca Cola have shown interest in the purchase. Showing interest in purchasing is a common process in the industry. But we have no intention of selling the company. We are aiming to grow the company further in the coming days,” he said. With manufacturing units in Prattur in southern Kannada and Andhra Pradesh, the company’s more than 50 food and beverage products, including Bindu Mineral Water, Bindu Fizz Jeera Masala, are in high demand.

Especially since 2002 Dakshina Kannada based product Bindu Fizz Jeera Masala has gained huge popularity. An organization that started with a handful of workers in a small village today has a turnover of Rs 500 crores. Doing business. 1,000 crore by 2025. The target of the business is currently Company has market share in 60% geographical area. The company, which has foreign markets including America and Gulf countries, has now started a large unit in Hyderabad with the aim of expanding the market to North India and Central India.

“The SG Group holds the distinction of being the largest beverage conglomerate in South IndiaIn this background, the news that the firm is being sold has been spread,” the company said.The company offers Bindu Packaged Drinking Water, Bindu Fitch Jeera Masala, Bindu Lemon, Mango under SipOn brand, Mango Milkshake, Lemon with Mint, Apple, Pear, Lychee, Pomegranate, Punarpuli, Strawberry, Apple under Progen brand, Orange, Ginger, Strawberry Soda under Zivo brand, Produces and sells 15 types of snacks in cola and snack up.200 crore under the company’s expansion plan.

The capital will be invested in Visakhapatnam, which was recently launched by the Chief Minister of Andhra Pradesh. Andhra Pradesh government has allotted 12 acres of land to Bindu Beverage unit in Special Finance Zone. “There is no intention to sell the company to any other companyWe have set a target to grow more,” the organization clarified. By this, the company rejected the offer given by Mukesh Ambani.