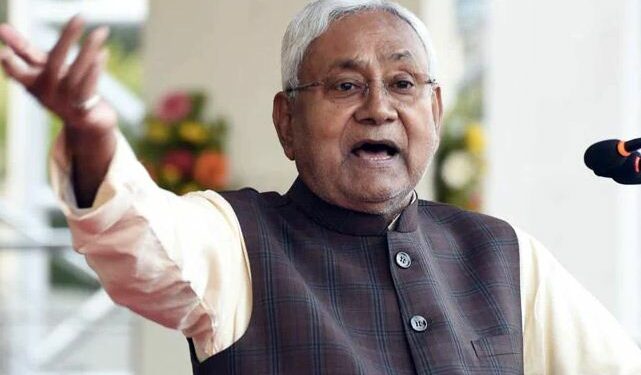 The alliance between the Bharatiya Janata Party (BJP) and the Janata Dal Samyukta (JDU) has broken down. After months of political tussle in Bihar, Chief Minister and JD(U) chief Nitish Kumar announced the end of friendship in a meeting with party MLAs on Tuesday morning.Bihar Politics: End of friendship with BJP: Nitish Kumar announced in party meeting

Nitish has requested time to meet the Governor at 4 pm. On this occasion, he is expected to withdraw from the alliance government with the BJP and make a claim to form the government with Lalu Prasad Yadav’s RJD.

Heavy police security has been deployed around Nitish Kumar’s residence. It is reported that the JDU meeting unanimously supported ending the alliance with the BJP. By the way, this is the second time that Nitish is breaking the alliance with BJP. It will also be the second time that they will form a Maha Ghatabandhan government along with their opponents RJD and Congress.

Union Minister Kaushal Kishore said, “We don’t want to make a statement about Bihar politics. But, BJP has not done anything to create controversy or create uncertainty. JDU will take the decision. But BJP wants Nitish Kumar to be the CM.”

Nitish Kumar has sought time to meet Governor Fagu Chauhan. This makes his next move almost clear. The formation of a JDU-RJD alliance government in Bihar is more or less certain. RJD and Congress have said that they will support JDU.

Left parties and other smaller parties are also on edge to support the grand coalition government if it is formed. The parties have held internal meetings regarding this.

RJD leader Tejashwi Yadav is also expected to accompany Nitish when he meets the Governor. Leaders of other opposition parties are also likely to declare their support when Nitish, who heads the new government, makes a claim.

Earlier in Bihar, JD(U), RJD and Congress had contested elections together. After breaking the alliance with the BJP, Nitish joined hands with the opposition. But before its term ended, he broke the grand alliance and joined the BJP.