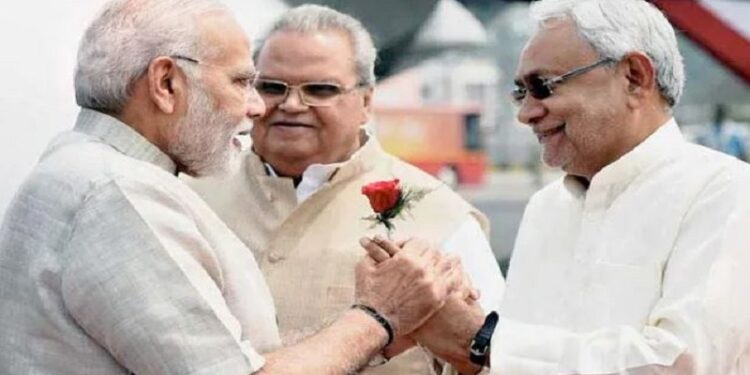 Nitish Kumar has ended his alliance with the BJP in Bihar and will meet the Governor early this evening to resign as Chief Minister. Bihar CM Nitish Kumar will resign, BJP calls core group meeting at 5 pm. The matter which was being discussed in the political corridor of Bihar has now come to the fore. It is clear that the alliance between BJP and JDU has broken down.

The biggest news is coming out quoting sources that Chief Minister Nitish Kumar will resign. On the other hand it is also being said that Nitish Kumar and Tejashwi Yadav are going to meet. After this both can go to Raj Bhavan. There is talk of leaving around four o’clock. Here, RJD sources have told ANI that Lalu Prasad Yadav is also keeping a close watch on every angle.

Although Tejashwi Yadav is doing everything. On the other hand, after the break in the NDA alliance in Bihar, the BJP is going to hold a meeting of the core group. For this, the time of five o’clock has been kept. On the other hand, BJP leader and Industries Minister in Bihar Shahnawaz Hussain was asked a question on this issue but he refrained from saying anything. He said that there is rule of law in Bihar.

When the question was asked about the political turmoil in Bihar, he said that he is currently talking as the Minister of Industries. They are not aware of what is happening in Bihar. Nor did anyone call him. He further said that the people of Bihar reposed faith in the NDA. NDA is broken in alliance in Bihar. However, no official statement has come on this. It is being said that in the JDU meeting held at the Chief Minister’s residence, the MLAs have expressed their displeasure over the attitude of the BJP.

Also Read: Stable gold and silver prices: Find out what the rate is today

There was also resentment among the MLAs regarding RCP Singh. The party has made many allegations against RCP Singh. At the same time, it has also been decided that if the government of Mahagathbandhan is formed, then CM Nitish Kumar will be formed and Deputy CM Tejashwi Yadav will be formed.