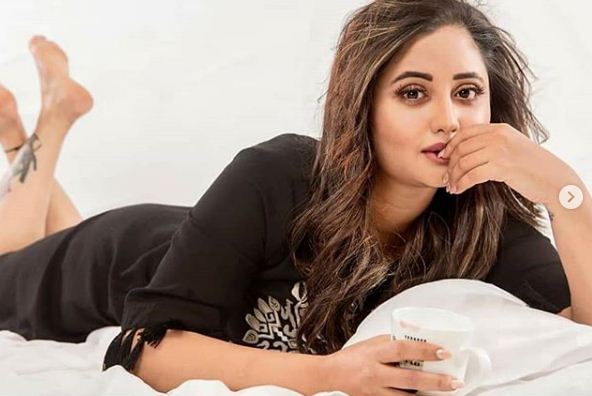 New Delhi: Popular television star Rashami Desai, who was recently seen in the reality show ‘Bigg Boss 13’, is making the spotlight follow her on Instagram with some of her scintillating photos that will surely make you go wow.

In every post, Rashami looks like a breath of fresh air as she poses for the perfect frames.

In one of the photos, the actress looks resplendent in a multi-coloured one-shoulder outfit and she captioned it as, “Find the hidden blessings in every struggle.”

In other posts, Rashami spills magic in a desi avatar. She looks like a million bucks in an Indian outfit and sports a maangteeka and her million-dollar smile.

Here are the pictures we are talking about:

Rashami has a strong fashion sense and it clearly reflects in her pictures. She is also an avid social media user and treats her fans to her photos regularly.

Rashami, best-known for her TV show ‘Uttaran’, recently signed up for Ekta Kapoor’s ‘Naagin 4’. She made the announcement on Instagram with pictures from the shoot.

‘Naagin 4’ is one of the top-rated shows on television. This is the fourth season of the supernatural franchise, which earlier starred Nia Sharma, Anita Hassanandani, Jasmin Bhasin besides others.

Student used suitcase to carry a outsider to his room