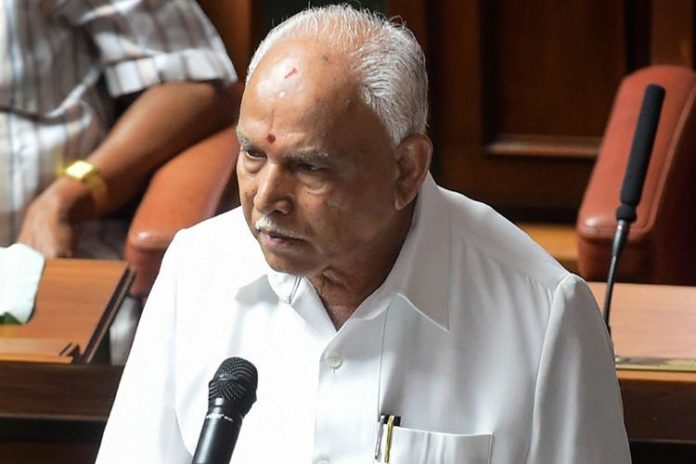 Bengaluru: BJP in Karnataka found itself mired in a controversy Tuesday with a video CD allegedly featuring Water Resources Minister Ramesh Jarkiholi and a young unidentified woman, and audio conversations between the two, being played on media.

Dinesh Kalahalli, a social activist, who claimed he was authorised by the woman’s family, later filed a complaint with the Cubbon Park police in Bengaluru alleging that the woman in the video clips was enticed by the minister with the offer of a government job.

The police are yet to register a formal case and are verifying the legitimacy of the complaint, Deputy Commissioner of Police (Central) M N Anucheth said.

Karnataka Chief Minister B S Yediyurappa held a meeting with party colleagues, and sources in the government said a decision on seeking Jarkiholi’s resignation will be taken after hearing him out. ‘Party leaders will decide on the issue,’ said Primary Education Minister Suresh Kumar.

While BJP leaders have not reacted on the issue, Jarkiholi himself remained incommunicado. His phone was switched off.

Jarkiholi, 60, is a powerful minister from the Belagavi region of north Karnataka in the Yediyurappa-led BJP government. A bitter personal feud with current state Congress President D K Shivakumar both were associates earlier over control of the Belagavi region is believed to be the reason behind the collapse of the Congress-JDS coalition in 2019.

He played a key role in engineering defections of 17 Congress and JDS MLAs to the BJP in 2019. This had helped the BJP topple the Congress-JDS coalition government and come to power in July 2019.