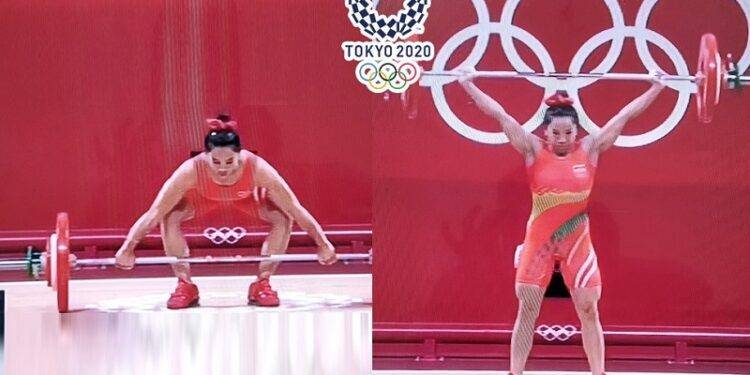 Tokyo Olympics silver-medalist Mirabai Chanu stands a chance to be awarded the gold in the 49kg women’s weightlifting competition. China’s Hou Zhizhi, who bagged the gold in the category, has been asked to stay back in Tokyo for a dope test.

If the latter fails the dope test, the Indian will be awarded the gold. “She has been asked to stay in Tokyo and the test will be done. The test is definitely happening. The Chinese had won the gold in the category by lifting a record weight of 210kg, and was eight kilograms ahead of the Indian lifter.

On the other hand, Chanu had lifted 87kg in snatch and 115kg in clean and jerk category. The third spot went to Indonesia’s Windy Cantika, who lifted a total of 194 kg. With this medal, Chanu had become the first Indian female to bag a medal in weightlifting after Karnam Malleshwari’s bronze-winning effort in the 69kg, back in Sydney 2020.