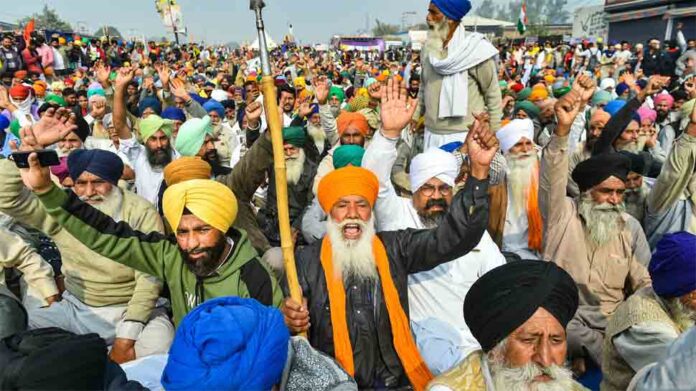 Against the new agri laws, the Samyukta Kisan Morcha (SKM), a protesting farmer unions’ front has given a call for Bharat Bandh on Friday, March 26.

The SKM on Thursday said that all shops, malls, markets and commercial establishments will remain shut on Friday in view of its ‘Bharat Bandh’ call on completion of four months of farmers’ protest at Delhi’s borders against the Centre’s three new farm laws. According to the SKM, the 12-hour bandh will be observed between 6 AM and 6 PM.

However, ambulances and other essential services will be allowed.The SKM, which has representation from a number of farmer unions, further said that the Bharat Bandh call will be supported by representatives of various farmer organisations, trade unions, student groups, lawyer associations, political parties and state governments. Alternative routes to Delhi’s borders, which were opened after other roads to the national capital were closed in the wake of the farmers’ protests, will also remain shut during the Bandh, according to the SKM.

Reiterating their demands, the SKM said: “First, the three contentious agricultural laws should be repealed. Secondly, a legal guarantee on the minimum support price (MSP) for farmers’ crops must be given and finally, all the police cases against farmers should be withdrawn. Besides, electricity and pollution bills should be pulled out and the prices of diesel, petrol and gas must be reduced.”

They also appealed to all the protesting citizens to peacefully make this Bharat Bandh a success. “Do not get involved in any kind of unnecessary debate. It is the result of the farmers’ patience that the movement has gone on for so long.”