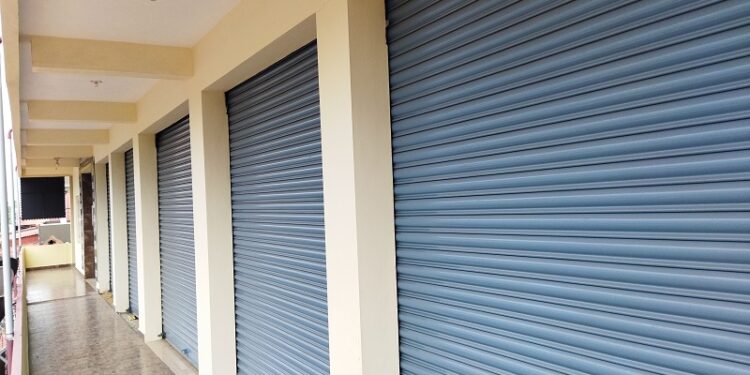 Amid a call for ‘Bharat Bandh’ on Monday over the Agnipath scheme, the Gautam Buddh Nagar police on Sunday reiterated that CrPC section 144 is imposed in the district and asked people to not engage in any activity which disrupts law and order. Bharat Bandh: Security Tightened, reviews law and order, Schools Closed.

The police’s appeal came even as a group of ex-servicemen submitted a memorandum with authorities demanding strict against anti-social elements involved in the violence during protests against Centre’s new scheme for recruitment of soldiers in the Army, Navy and Air Force.

CrPC Section 144 prohibits assembly of four or more people Additional Deputy Commissioner (Law and Order) Ashutosh Dwivedi on Sunday said several anti-social elements have mixed with aspirants of armed forces during the protests against the Agnipath scheme to disrupt law and order and vitiate atmosphere across Uttar Pradesh.

It has been learnt through social media that a call for ‘Bharat Bandh’ has been made by a section of people for June 20 in view of the Agnipath scheme and some anti-social elements in groups may to disrupt peace and even try marching towards Delhi, Dwivedi said.

Schools closed in Jharkhand will remain shut on Monday in view of the bandh called over the Agnipath recruitment scheme, officials said. The ongoing examinations of classes 9 and 11 have also been postponed, they said.

“In view of the bandh called by certain organisations, it has been decided that all government, as well as private schools, will remain closed on Monday,” School Education and Literacy Department secretary Rajesh Kumar Sharma told media on Sunday.

“We do not want school students, especially those who travel by bus, to face any trouble. We have seen in Bihar that students were forced to get down from a bus as it was set ablaze,” he added. Fresh dates for the postponed exams will soon be announced, he said.

As many as 483 train services were cancelled on Sunday due to protests in different parts of the country against the Centre’s ‘Agnipath’ scheme for short-term recruitment in the armed forces. According to officials, the railways cancelled 229 mail/express trains and 254 passenger trains due to the agitations. Additionally, eight mail/express trains were partially cancelled.

The railways’ East Central Zone, which bore the brunt of the attacks by protesters, cancelled 29 trains connecting Kolkata and other places in West Bengal with the country’s northern region, including the Howrah-New Delhi Rajdhani Express, on Sunday. The railways has been a soft target of protesters and has suffered major loss of property due to arson and rioting.

Nearly 35 WhatsApp groups were banned by the government for allegedly spreading fake news about the Agnipath scheme, the government officials said. However, information about these groups or if any action has been initiated against their administrators was not immediately known.

Amid uproar and arrests over the Agnipath scheme, the Indian Army on Sunday released terms and conditions and related details for prospective applicants wanting to join the force under the Agnipath military recruitment scheme. The Army said ‘Agniveers’ would form a distinct rank in the Indian Army that will be different from any other existing ranks and they can be posted to any regiment and unit.

Union minister and former Army chief General V K Singh (retd) on Sunday slammed the protesters saying if they don’t like the new policy for recruitment into the armed forces they shouldn’t opt for it. “Joining the Army is voluntary and not a compulsion.

If any aspirant wants to join, he can join as per his will, we don’t conscript soldiers. But if you don’t like this recruitment scheme (‘Agnipath’) then don’t come to (join). Who is asking you to come? You are burning buses and trains. Who told you that you will be recruited into the armed forces. You will be selected only if you fulfil the eligibility criteria,” he said.