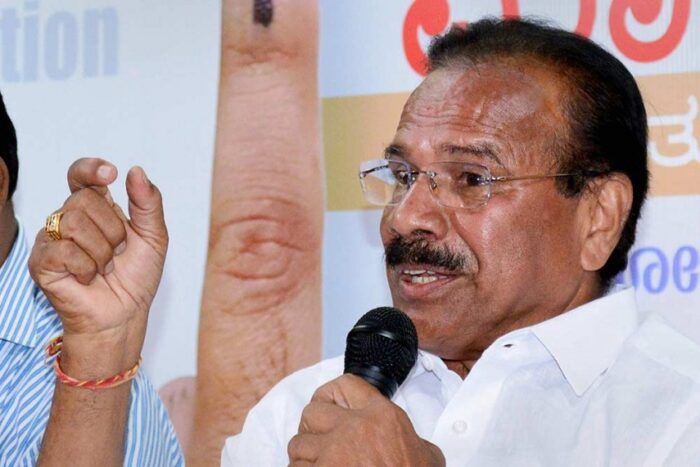 Bengaluru: Union minister and BJP MP Sadananda Gowda was allowed to avoid institutional quarantine in a hotel after he took a flight from Delhi to Bengaluru on Monday. The minister after landing at the airport took off in his private car and his assistant told reporters that Gowda had come with a negative Covid-19 test report and can do home quarantine.

Speaking to the media later, Gowda claimed that while the guidelines on quarantine are applicable to all citizens, there are certain exemptions for some people. “Being a minister, I am exempted by the state government and the central government so I do not see the issue,” he said, adding that he also has the government’s contract-tracing app Aarogya Setu on his phone.

Gowda said that as he heads the Centre’s pharmaceutical department, it was his responsibility to make sure there is no shortage of medicine. “If I do not supply medicines, then the cases will double,” the minister said.

The Karnataka government has mandated seven days of institutional quarantine followed by seven days of home quarantine for all domestic air passengers as flight operations resumed on Monday after a gap of two months. The rule is applicable to those who arrive from high-risk states like Maharashtra, Delhi, Gujarat and Tamil Nadu.

However, exemptions have been granted to certain persons, including a special case for businessmen coming for urgent work.

The guidelines say they can avoid institutional quarantine if they bring a negative test report from a lab accredited by Indian Council of Medical Research. The test should have been conducted within two days of travel. In case the stay is longer than five days, they would have to get examined again.