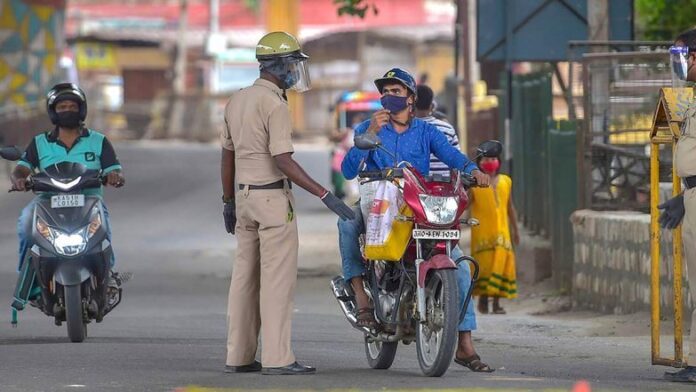 In a bid to bring down road fatalities, Bengaluru Traffic Police will step up checks on two-wheeler riders and fine those found without rear-view mirrors and indicators. Joint Commissioner (Traffic) B R Ravikanthe Gowda cited the findings of a study on accidents in the Karnataka capital to strictly enforce the rules.

“A lot of accidents, also including those resulting in fatalities, were found to have happened as the motorists failed either to use the rear-view mirrors or to switch on the indicator promptly before taking a turn. A recent study analysing accidents in Bengaluru has shown that sudden deviations have been the prime cause to fatal accidents,” he said.

Gowda said a motorist can be fined Rs 500 each for riding a two-wheeler either without rear-view mirrors or without indicators, as per relevant sections under the Motor Vehicles (Amendment) Act, 2019. The top traffic cop further added that enforcing this rule would also bring out a positive behavioural change among two-wheeler riders in the city.

Meanwhile, Jayakumar V, a chartered account who uses bike-sharing apps, feared this would put more pressure on riders like him. “Most bikes that I get on rent have no rear-view mirrors these days. The police have fined me twice already but the bike-sharing app that I used did not refund the amount at all,” he said. He suggested that the traffic police should fine the bike-sharing aggregator instead of the user.