by News Next Desk
in LATEST NEWS, BANGALURU 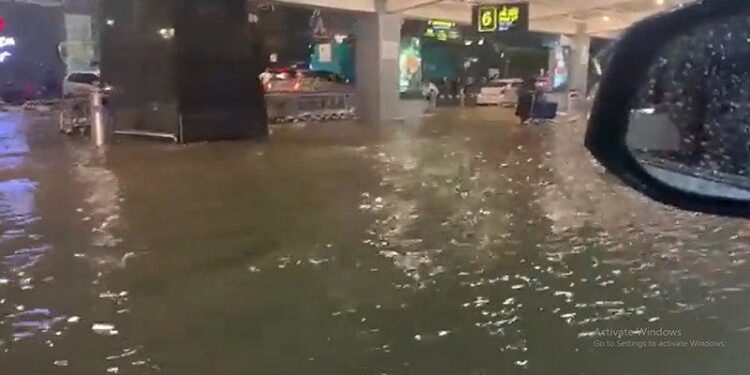 Bengaluru witnessed heavy rainfall, causing flood-like situation across the city. The downpour is likely to continue for the next few days, as the India Meteorological Department (IMD) has put the city on yellow alert.

Even the road to the airport was flooded to such an extent that cars were unable to ply on the road. Passengers, fearing they would miss their flight, were seen taking tractor to the airport. The arrival and departure areas were also flooded after the rainfall. People are sharing videos of the flooded airport on social media, which have now gone viral.

“The rains in Bengaluru were due to a developing low-pressure system in Bay of Bengal resulting in wind confluence in lower atmospheric levels. The withdrawing monsoon could also increase the chance of thundershowers in Bengaluru,” IMD officials said.

Bengaluru to face power cuts in these areas on October 12, See details here