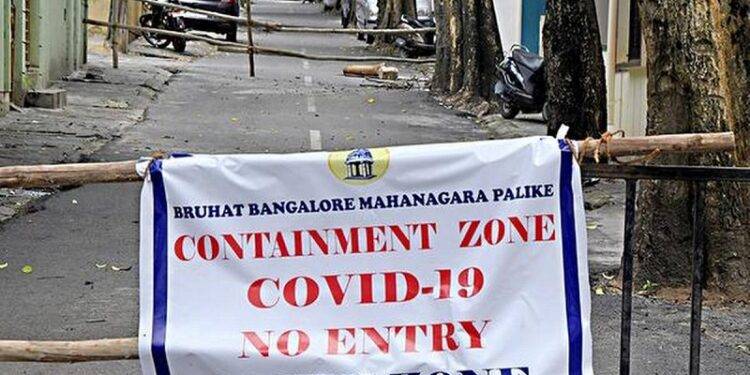 Bengaluru: Bengaluru has been witnessing a slow but steady surge in coronavirus cases, according to data by Bruhat Bengaluru Maganagara Palike (BBMP). Bengaluru’s daily rise in Covid-19 cases has continued to remain higher than that of Delhi, Mumbai, and Chennai.

Yesterday, the city reported 357 fresh Covid-19 infections. On the other hand, Delhi logged 72 cases, Mumbai (331), and Chennai (194), respectively on August 7. Currently, there are a total of 162 micro-containment zones in Bengaluru, including over 100 apartments and individual homes being sealed.

Bengaluru’s Mahadevpura has the highest number of micro-containment zones, followed by the east zone. The city administration has put districts that are in close proximity with Kerala, on high alert. At the moment, Bengaluru’s R-value is already above 1 which means every 100 infected people in the city are spreading the virus to more than 100 people.

As a result, the Bengaluru civic authorities have tightened restrictions in the city to prevent further increase of the virus. Bengaluru Police has imposed Section 144 in the city which bars the assembly of four or more people, which will remain in place till August 16.

Besides, the night curfew has been put from 9 pm to 5 am. The Karnataka the government has decided to impose weekend curfew in districts bordering Kerala and Maharashtra, and that the existing night curfew across the state will begin from 9 PM instead of 10 PM.