Bengaluru: Another Headache for Yediyurappa: how Karnataka CM solve this demand 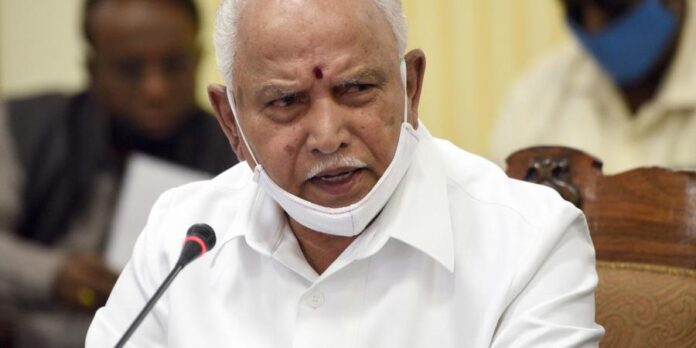 Bengaluru: The BS Yediyurappa government in Karnataka is going through the warmth from the 2 distinguished communities within the State to push their demand for higher reservations with the Central government. Seers from one community the dominant Panchamshali sub-sect of the Lingayats are on a ‘padayatra’ from Kudalasangama to Bengaluru.

Demanding they be given reservation under the 2A category, which could give them access to nearly 15% quota in education and jobs. Currently, Panchamshalis are in the 3B category, which has only a 5% reservation. While the Karnataka government has always maintained it has a greater say with the central government in getting issues sorted as the same party is in power in both places.

This ‘padayatra’ demanding internal reservation within the Lingayat community comes as an embarrassment to Karnataka Chief Minister Yediyurappa, whose vote bank is also from this sect. Seers, who started their padayatra from the holy place for the Lingayat community Kudalasangama, have been joined by hundreds of supporters along the way.

They are expected to reach the State capital, Bengaluru, by February 15. The seer leading the protest, Jaya Mruthyunjaya Swami, said: “We welcome the decision of the CM to ask the backward classes commission to do a study on our demand. We hope the commission will give a positive report.

Our padayatra is peaceful and we will continue this. Our appeal is only that, before our padayatra reaches Bangalore by February 15, please issue the government order. We feel we have won to some extent. We will go ahead with our padayatra till then.” Panchamshalis form almost 70 per cent of the Lingayats, and this agitation has upped the pressure on Yediyurappa who hails from a different sub-sect, but has many Panchamshalis in his Cabinet.

The other community that is also agitating for better quotas is the Kuruba community, which is also significant in number in Karnataka. Rural Development Minister K.S. Eshwarappa is himself steering this agitation, and the Kurubas, who are currently categorised as OBC, want a Scheduled Tribe tag. Kurubas are traditionally a shepherd community and they also plan a mega convention on Sunday in Bengaluru.