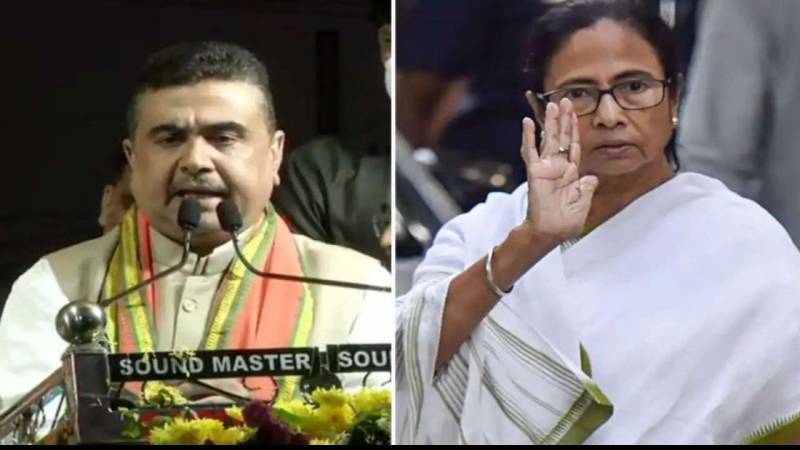 Bharatiya Janata Party (BJP) candidate from West Bengal’s Nandigram constituency, Suvendu Adhikari, continues to be ahead of Mamata Banerjee by 3,775 votes. Mamata Banerjee’s TMC currently is leading on 198 seats, while the BJP is ahead on 79 seats.

The counting of votes on 292 seats in the state has begun today at 8 am following the Covid norms. The early trends showed that CM Banerjee is trailing from the Nandigram seat. Meanwhile, BJP national-general secretary Kailash Vijayvargiya while speaking to reporters said that he was surprised to see that Babul Supriyo is trailing from the Tollygunge seat.

“Can’t say anything for now…I’m sure that we will cross the magic number by the evening,” he added. West Bengal saw a fierce contest between the ruling TMC and challenger BJP across eight phases. The Samyukta Morcha comprising the Congress, Left parties and ISF has also tried to put up a strong fight. The BJP has made a concerted attempt to dislodge the TMC.

The Election Commission of India has made necessary arrangements for counting. The counting is taking place amid an unprecedented surge in Covid-19 cases in India.