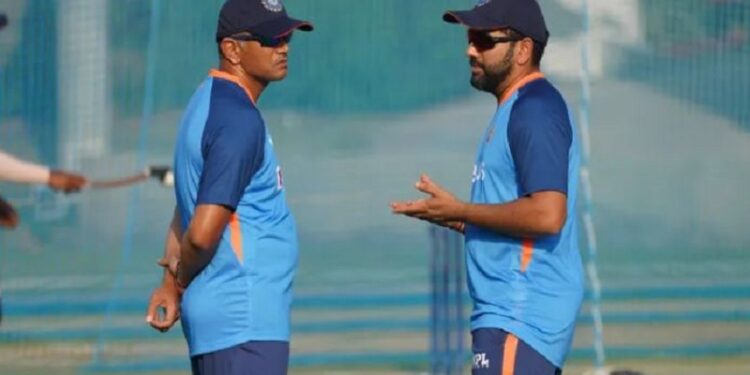 BCCI made big changes: Fast bowler Mohammed Shami, who was out of the T20 team after the T20 World Cup 2021 in UAE, was about to return from the three-match T20 series against Australia starting on Tuesday. BCCI made big changes in Team India, top player enter. But Mohammed Shami has been ruled out of the India vs Australia T20 International series due to being found corona infected.

Board of Control for Cricket in India (BCCI) secretary Jay Shah said on Sunday that the selection committee has included Team India fast bowler Umesh Yadav in the team in place of Shami. Ahead of the three-match T20 International series against Australia, Rohit Sharma told the media that there was no need for much discussion on Umesh Yadav replacement in place of Mohammed Shami, as Umesh has proved himself.

Umesh Yadav, who played for India in his last T20 International against Australia in 2019, has recovered from a hamstring strain that left him out of the county matches in England. “Umesh was undergoing treatment at the NCA and has now recovered from the injury and is fit to play.

“Team India Players like Umesh Yadava, Shami who have been bowling for a long time. They don’t need to play in any particular format to be successful in it. They have proved themselves. This quality,” Rohit said in a pre-match press conference. The youngsters need to be proved but they don’t. If they are fit and available they will be called back.

Team India captain Rohit Sharma told about the inclusion of Umesh in the team, “We don’t need to look at the form. We saw how well Umesh Yadav bowled in the IPL. He bowled very well. He gives us the option to go ahead with the new ball, swing the ball, bowl fast, so there is not much debate about him.

Talking about other options, the captain said, “There were a few options. Famous is injured, Siraj is playing county and we didn’t want him in trouble for just a game or two. Team India fast bowler Avesh was ill in the Asia Cup, He will take time to regain his fitness.”