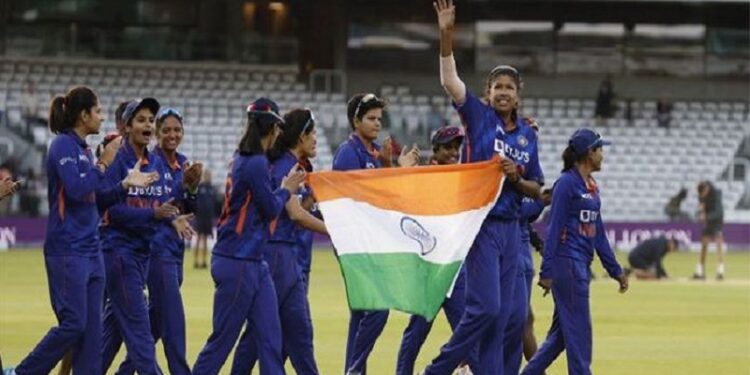 The Board of Control for Cricket in India will implement a pay equity policy for contracted men’s and women’s cricketers, Secretary Jay Shah announced in a series of tweets on Thursday. BCCI Big Decision: Women’s cricket players will get 15lakh per match.

As per the policy, Test cricketers, men and women cricket players, will be paid Rs 15 lakh per match while the match fees for playing in an ODI is Rs 6 lakh and a T20I is Rs 3 lakh. Men’s cricketers are also entitled to the following bonuses: Rs 5 lakh for scoring a hundred in ODIs; Rs 7 lakh for scoring a double hundred in Test; Rs 5 lakh for taking a 5-wicket haul in Test, ODI and T20I; Rs 7 lakh for a 10-wicket haul in Test match.

“I’m pleased to announce BCCI’s first step towards tackling discrimination. We are implementing a pay equity policy for our contracted women cricketers. The match fee for both Men and Women Cricketers will be same as we move into a new era of gender equality in Indian Cricket,” Jay Shah said in an official statement.

Test (INR 15 lakhs), ODI (INR 6 lakhs), T20I (INR 3 lakhs). Pay equity was my commitment to our women cricketers and I thank the Apex Council for their support. Jai Hind,” he added. As of now, the centrally contracted male players get Rs 7 crore, Rs 6 crore and Rs 3 crore in three categories while the women players get Rs 50 lakh, Rs 30 lakh and Rs 10 lakh each.

Rishi Sunak, who received the blessings of a Hindu monk after becoming the Prime Minister of Britain, has gone viral.

Rishi Sunak, who received the blessings of a Hindu monk after becoming the Prime Minister of Britain, has gone viral.