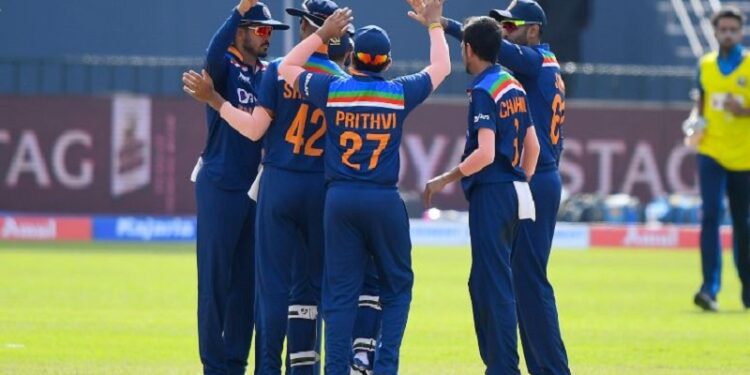 Shikhar Dhawan has been named as the captain of the India team against Zimbabwe in the upcoming three-match ODI series. The 15-member squad, which was announced by the All India Senior Selection Committee on Saturday, has some key senior players missing like Virat Kohli, Jasprit Bumrah and Rishabh Pant. India will play against Zimbabwe in 3 ODIs from August 18 to August 22.

Young Sunrises Hyderabad batsmen Rahul Tripathi has been rewarded for his consistent performance in the IPL. The ex-KKR batsman has been knocking on the selectors’ door for a while and is finally being rewarded for his performances. In the last IPL, he scored 413 runs at an average of 37.55 and a strike rate of 158.23, and with that, he became the second-highest run getter for his side.

BCCI announced Shikhar Dhawan will lead the team; Washington Sundar makes a comeback to the side returning from hand injury. He had recently taken a five-wicket haul against Northamptonshire playing for the Lancashire in County cricket. Deepak Chahar also makes his comeback to the side after missing the IPL and the ensuing international games due to a back injury.

Among noticeable omissions from the side are Skipper Rohit Sharma, Virat Kohli, Jasprit Bumrah, Rishabh Pant, Mohammad Shami and Hardik Pandya, who have all been rested for the series. Shikhar Dhawan will lead the side in Zimbabwe in the ODI series. Last month, he lead the Men in Blue to a 3-0 win over West Indies in the recently-concluded ODI series in the Caribbean. Senior players like Virat Kohli, Rishabh Pant, and Jasprit Bumrah are not a part of the squad.

Redmi Note 11 SE to be launched in India : features and other details

Redmi Note 11 SE to be launched in India : features and other details