by News Next Desk
in SPORTS, LATEST NEWS
A A 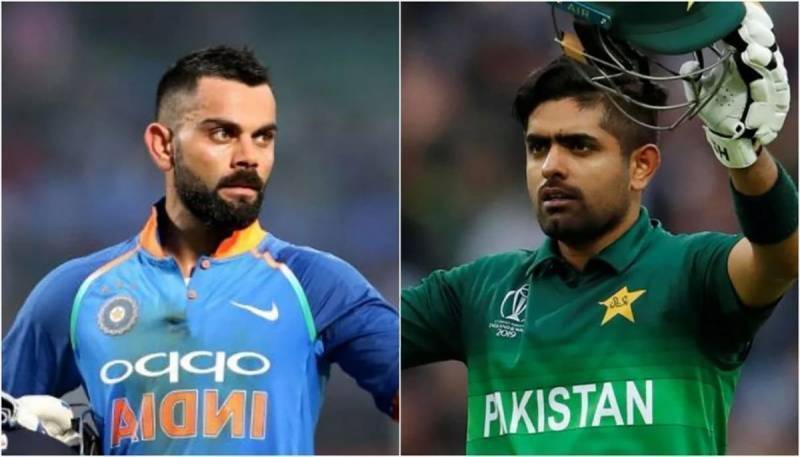 Pakistan captain Babar Azam on Wednesday toppled Indian skipper Virat Kohli to become the no.1 ODI batsman in the latest ICC rankings. Riding on his impressive show against South Africa in the recently-concluded ODI series, Babar brought an end to Kohli’s reign at the top since 2017 and became only the fourth Pakistan batsman to attain no.1 rank in ODIs.

Pakistan’s most consistent batsman across formats in the past couple of years, joined Zaheer Abbas (1983), Javed Miandad (1988), and Mohammed Yousuf (2003) in the elite list of Pakistan batsmen who have held the top spot in ODI rankings for batsmen. Babar’s elusive achievement once again paved way for comparisons with Indian skipper Virat Kohli and triggered a Kohli vs Babar debate among fans and experts.

Fastest to 1,000 runs in T20Is: Babar Azam overtook Virat Kohli to become the fastest to score 1000 runs in T20Is in November 2018. The then no.1 T20 batsman aced the 1000-run milestone in just 26 innings, bettering Kohli’s record of reaching the milestone in 27 innings. However, Babar’s record didn’t stand for long as England’s Dawid Malan surpassed him by smashing 1000 runs in just 24 T20I innings in March this year. Malan currently holds the record for being the fastest to the 1000 T20I runs feat.

New Virus B 1.617 and is it more dangerous: All you need to know