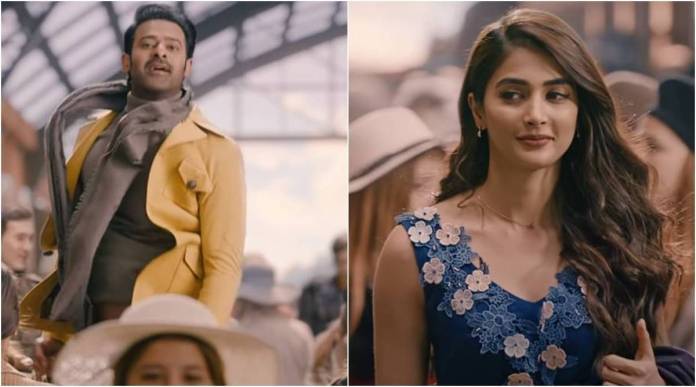 Baahubali star Prabhas has announced his new film, a love story titled Radhe Shyam, which would release in theatres on 30 July 2021. The film co-stars Pooja Hedge and is directed by Radha Krishna Kumar.

The announcement of the film, which has been shot simultaneously in Telugu and Hindi to woo pan-Indian audiences especially in the wake of the covid-19 lockdown having wreaked havoc on the cinema business, coincided with the Valentine’s Day celebrations to highlight the theme of the movie. Prabhas gained recognition across the country with the Baahubali franchise, the second instalment of which has made close to Rs2,000 crore worldwide and remains.

The highest grossing Indian film ever. The actor, who predominantly works in Telugu cinema, was last seen in action thriller Saaho, which also released in Hindi and Tamil, apart from Telugu, and made close to Rs500 crore worldwide. Filmmakers in the south Indian movie industry, which is increasingly eyeing pan-India audiences, have taken the lead in announcing films for theatrical release post the covid-19 lockdown.

These feature a mix of Bollywood and south Indian faces and aim to draw on fan bases across states and geographies. Baahubali director S.S. Rajamouli has Ajay Devgn and Alia Bhatt star alongside Jr NTR and Ram Charan in his upcoming movie RRR, while Deepika Padukone and Amitabh Bachchan will be seen with Prabhas in a film bankrolled by Telugu production house Vyjayanthi Movies.

Prabhas also has a film titled Adipurush with Saif Ali Khan as the antagonist to be directed by Om Raut of Tanhaji: The Unsung Warrior fame. The second instalment in the KGF franchise will feature Sanjay Dutt along with Kannada star Yash.