Attention to car Owners! Be ready to shell out Rs 5,500 challan if you have not done this before April 15 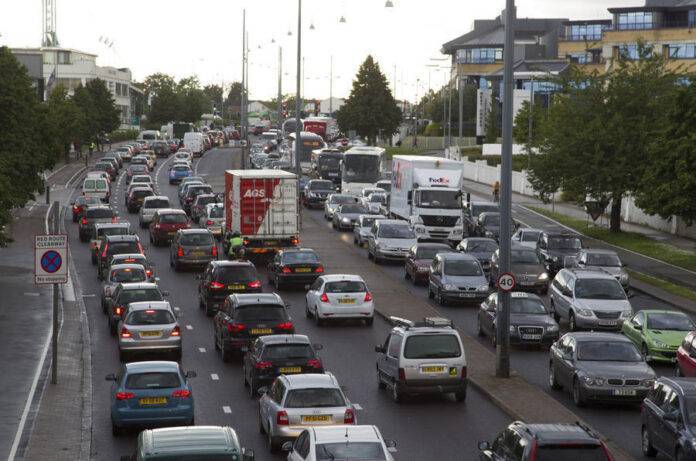 All vehicle owners who are residents of Uttar Pradesh’s Noida and have not yet installed the High Security Number Plate (HSRP) in your car or two-wheeler, then you shouldn’t lose any moment and get it done as soon as possible.

Otherwise, you might just have to leave your car at home, as the final deadline for getting an HSRP in Noida-Ghaziabad ends on April 15 (Thursday), failing which you will need to pay a fine of Rs 5,500. Earlier in January this year, the UP government had directed that all vehicles in NCR will need HSRPs by April 15.

However, it has issued different time slots for vehicle owners of other districts, based on their vehicles’ last digit. The state reportedly has about 3.28 crore vehicles and the government is aiming to equip them all with HSRPs by July 2022.

However, vehicle owners in the Gautam Budh Nagar district have not shown seriousness about installing HSRP, hence the district administration has announced a challan of Rs 5,500 for vehicles running without HSRP after April 15.

HSRP is a chromium-based hologram applied by hot stamping on the number plates both at the front and back of your vehicle, besides laser-branding of a permanent identification number. This hologram is a sticker with the vehicle’s engine and VIN, also known as the chassis number on it.

This number is written through a pressure machine with paint and no sticker. The high security number plate is designed for the safety and convenience of the vehicle and once the number plate is installed, it cannot be easily removed.

There will also be a kind of pin on the plate that will be attached to your vehicle. Once this pin catches the number plate from your vehicle, it will lock on both sides, and cannot be opened by anyone.