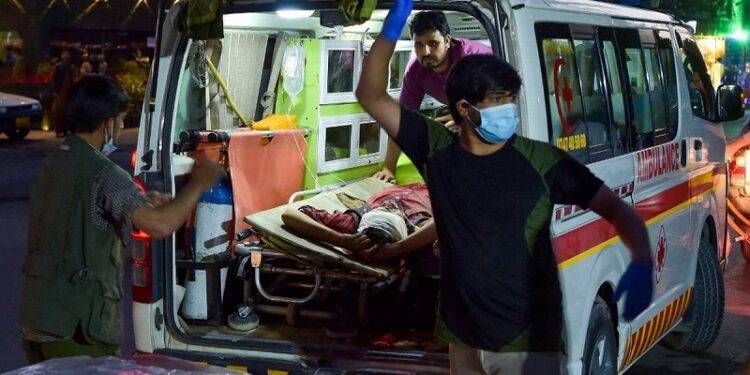 Two suicide bombers and gunmen attacked crowds of Afghans flocking to Kabul’s airport Thursday, transforming a scene of desperation into one of horror in the waning days of an airlift for those fleeing the Taliban takeover.

The attacks killed at least 60 Afghans and 13 U.S. troops, Afghan and U.S. officials said. Kabul health officials were quoted as saying 60 civilians were killed. Video shot by Afghan journalists showed dozens of bodies strewn around a canal on the edge of the airport.

At least two blasts rocked the area, witnesses said. Islamic State said one of its suicide bombers targeted “translators and collaborators with the American army”. U.S. officials also blamed the group. The American casualties, which increased to 13 from 12 later on Thursday according to U.S. officials, were believed to be the most U.S. troops killed in Afghanistan in a single incident since 30 personnel died when a helicopter was shot down in August 2011.

The attack was carried out as U.S. forces raced to complete their withdrawal from Afghanistan, after President Joe Biden said the United States had long ago achieved its original rationale for invading the country in 2001: to root out al Qaeda terrorists and prevent a repeat of the September 11 attacks on the United States.

Biden vowed to go after the perpetrators of Thursday’s bombing and said he had ordered the Pentagon to plan how to strike ISIS-K, the Islamic State affiliate that claimed responsibility.

ALSO READ: This blood group is at a higher risk of heart attack, the study revealed