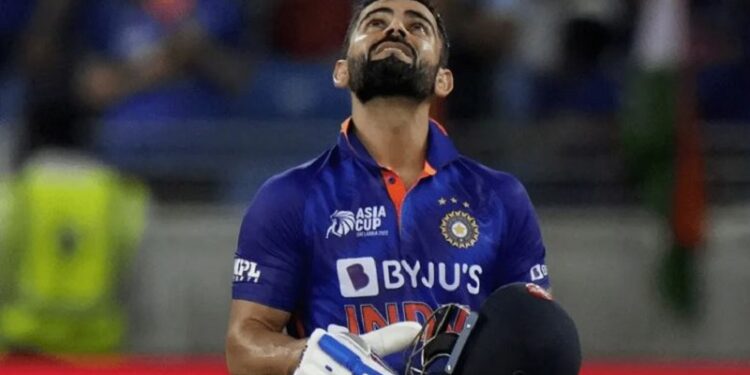 Virat Kohli has finally answered the question that the whole cricketing world has been asking for the past 3 years. Asia Cup 2022: Virat Kohli finally hit century after 3 years. Virat Kohli, who performed brilliantly for Team India in the entire Asia Cup, scored a record century in the final match against Afghanistan and gave an entertaining message to the world cricket fans.

Asia Cup 2022 this match ended the biggest wait of Team India and its fans, especially Virat Kohli fans. Virat Kohli’s 71st century is finally out. Kohli scored his first century of T20 international career in just 53 balls against Afghanistan. Before the start of the Asia Cup, Virat Kohli, who was the subject of many questions about his form, found his match-to-match rhythm in the tournament and scored his first century in international cricket after 3 years, regaining his lost form.

Virat Kohli century drought, which has been going on since November 2019, has come to an end in a format where he has not yet scored a century for Team India. Kohli scored his last century, his 70th, in a day-night Test match against Bangladesh in November 2019, but since then he has been longing for a century. Then for the last one year or so, the runs from his bat stopped coming.

In such a situation, there were questions about his selection in the Asia Cup and then the World Cup. But Kohli made a stunning comeback to form early in the tournament with two half-centuries. Then Kohli, who opened against Afghanistan in the absence of skipper Rohit Sharma, made a splash right from the start. Finally ended the 1021 day wait with two consecutive fours and a six in the 19th over.