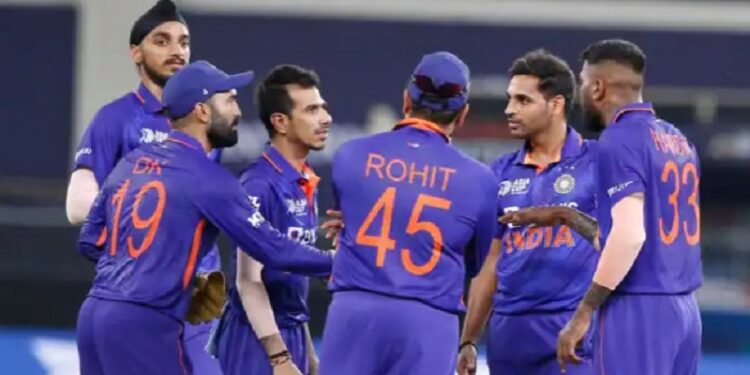 India suffered a six-wicket defeat to Sri Lanka in the Asia Cup 2022 Super 4 match in Dubai on Tuesday. The loss diminished India’s chances of reaching the final and defending its crown. The two-time defending champion now faces a situation where its qualification for the final depends on other results Pakistan’s to be precise. Asia Cup 2022: still India can qualify for final.

The result left the Men in Blue at the mercy of the other teams to have a chance of making it to the final in Asia Cup 2022. It also meant that India skipper Rohit Sharma’s scintillating 41-ball 72 went in vain, as the islanders completed a chase of 174 with a ball to spare
Needing 21 in 12 balls, Sri Lanka scored 14 runs off the penultimate over bowled by Bhuvneshwar Kumar, however, Arshdeep Singh tried his best to defend seven runs in the final over but couldn’t do so. However, all is not over for India as they still have an outside chance of making it to the final of the continental tournament.

Pakistan vs Afghanistan in Dubai on September 7, Wednesday

India vs Afghanistan in Dubai on September 8, Thursday

Sri Lanka vs Pakistan in Dubai on September 9, Friday

Final on September 11, Sunday in Dubai

India can qualify for final:

Then, India will have to register a dominant win over Afghanistan on Thursday by a huge margin to make sure that they have got a good Net Run Rate. Also, India would want the Sri Lanka National Cricket Team to defeat Pakistan National Cricket Team in their final Super 4 stage game. This scenario will lead to Sri Lanka reaching the 6 points mark and India, Pakistan and Afghanistan having 2 points each in Asia Cup 2022.